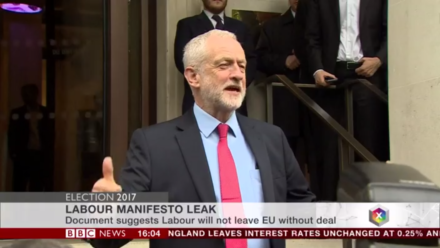 Seven weeks ago the party looked on the brink of electoral destruction. That wasn’t just something invented by critics of Jeremy Corbyn, it  was assumed by the leader’s office we were going to lose seats, hence Unite’s Len McCluskey’s reference to holding onto 200 MPs. This gloomy prognosis was based on all the available data – the polling at the start of the campaign all told the same story (including those by companies like Survation and YouGov whose later polls got the result broadly right), canvass returns, and most importantly the dire local elections results.

Tragically we didn’t pull back enough ground to win. Labour has now completed a hat trick of defeats to match its previous lost decade in the 1950s. We have to win the next general election to avoid matching the previous ignominious record of four defeats in 1979, 1983, 1987 and 1992. All the time that we lose, the people we represent suffer more and more cuts and inequality and simply inept government under the Tories.

But it is hugely heartening that Labour didn’t just survive but moved forward, and everyone involved in the campaign deserves credit, from Jeremy Corbyn and the frontbench, through the PLP and new candidates, to grassroots activists. All sides of the party pulled together to achieve this result.

The change in the public mood was tracked by the opinion polls – even the ones that had the wrong gap between Labour and the Tories did pick up increasing Labour support – but frankly seemed too good to be true and didn’t tally with the canvass returns as many of the newly registered young voters weren’t even on the canvass sheets, and the working class areas we focus canvassing on were less enthused than the areas we weren’t door-knocking.

The factors that drove the change in public opinion seem fairly simple in retrospect:

I hope that the spirit of unity and teamwork that characterised the election campaign will be carried forward by members from all wings of the party, and that the leadership will reach out and use the talents of all our MPs. Ensuring the pluralism of the party is respected, by for instance, returning to a shadow cabinet partly elected by the PLP would be a useful step forward.

Our focus is going to need to remain primarily external and focussed on taking the fight to the Tories as the hung parliament means there is a possibility of another general election in the near future.

Labour moved forward in seats, and more dramatically in vote share, on Thursday, so there is now a pathway – though a steep one – to a majority Labour government in terms of gain-able seats, including in Scotland, which did not look apparent in 2015.

But we need to temper our relief and elation about these unexpected gains with awareness that there was a swing against us in many Midlands and Northern industrial heartland seats (we have to tailor policies that appeal there if we want to avoid the Rustbelt effect that enabled Trump to beat Clinton in former Democrat heartlands); our votes are not efficiently distributed around the country compared to the Tories because we stacked up “super majorities” in London and university town seats; and we need to gain at least 64 more seats, more than twice what we achieved on Thursday, to get a Labour Government with a majority of one.

This requires us to make many more gains from the SNP in Scotland, and in England it requires us to take large numbers of traditional marginal seats which can only be done by taking votes direct from the Tories as it looks like we have already maximised the vote share we can obtain from mobilising previous Greens, Lib Dems and non-voters.

This is particularly the case now that we seem to have returned to almost a 1950s style two party system in England and Wales – small numbers of votes switching between Tory and Labour will deliver large numbers of seats. A good case study of where the current strategy triumphed and its limitations is the Kent and Essex Estuary seats. Canterbury, with its many students, was a stunning gain, but the 11 more working class seats on both sides of the Thames that had been Labour in 1997 and in many cases 2001 and 2005 as well were not gained, and in most cases have Tory majorities of about 10,000. We have to gain some of them to get a majority Labour government, and that will require a strategy that goes beyond the groups of voters appealed to this time.

Labour moderates need to contribute constructively to the debate about how we build on Thursday’s results and return Labour to government, and to continue to ensure that the voices of moderate party members are heard, that the rulebook is upheld and enforced, and that important policy positions that were maintained in the manifesto, such as Trident renewal, are stuck to.

We should continue to be intolerant of any sectarian antics from Momentum that distract or detract from the task of returning Labour to power. We must fight to keep Labour as a broad church democratic socialist party with many traditions within it, but that these do not legitimately include revolutionaries and entryists who are not democratic socialists.

But any problems the party has are a lot easier to solve when the starting point is 262 MPs and 40 per cent of the vote than they would have been if we had crashed to 150 MPs and 25 per cent as look likely at the start of the campaign.