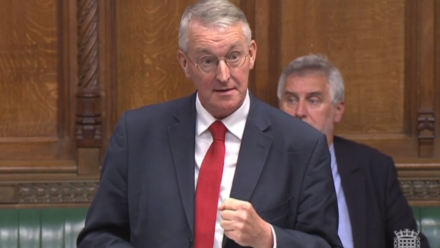 Labour is right to vote against the government’s EU (Withdrawal) Bill and it’s important to understand why.

No doubt Theresa May will attempt to twist Labour’s opposition as tantamount to trying to reverse the EU referendum and stop Brexit. But this is pure spin. All MPs from across parties should vote against the bill in the name of Brexit, rather than to prevent it.

The government has an extraordinary task in avoiding a legal, if not a constitutional, crisis as tens of thousands of EU laws become incorporated into Britain’s legal systems anew. Of course, these laws are already there through the European Communities Act 1972 but this will be axed and with it the jurisdiction of the European Court of Justice – or so the prime minister claims. May’s legal fix is about making the British Supreme Court the court of final appeal — and deliver on “taking back control”.

This is an enormous task. To date, there is no single agreed list of which specific EU laws will be incorporated. Nor have I seen much, if any, comment about what to do with European case law that has become part of our legal architecture too. Before the hard graft of making all this “made in Britain”, we must first know all which is to be revised.

Yet this task should also have a simple aim – changing any reference to the European Court of Justice to our own Supreme Court, changing references to EU bodies to relevant British-based ones and the like. This is all in the spirit of Brexit’s “taking back control” and a revitalising of parliamentary sovereignty.

However, this is not what May has planned. It might sound archaic referring to her decision to turn to Henry VIII powers but this is more than a power grab where ministers will have extra powers to change “ECJ” to “UKSC” and the like. They can go much further – and without being stopped in the act, especially if they go too far as changes may be made without sufficient scrutiny.

So yes this is a power grab, but it is also a constitutional outrage. People voted for Brexit for many reasons with parliamentary sovereignty at the top of the list. The 52 per cent did not vote to end EU membership so Britain could become an American-style presidency without its checks and balances with the legislature. It’s like a White House without accountability to Congress. This is not what the public voted for – and there is no evidence this is either necessary, popular or desirable.

In making our argument against the EU (Withdrawal) Bill, let’s reject it as a power grab and as a denial of Brexit. For taking back control is for our Parliament, not an unpopular PM who clings to power for its own sake with little regard for the national interest.

If Brexit is about – in part – returning power back to Britain – and not making us a poor model of the American presidential system – then the EU (Withdrawal) Bill fails to respect the referendum result and uses it for a very different and contrary purpose. Pro-Leave MPs who fail to vote against the bill aren’t being faithful to their principles, but simply going through the motions and letting all of us down – Leavers and Remainers alike.