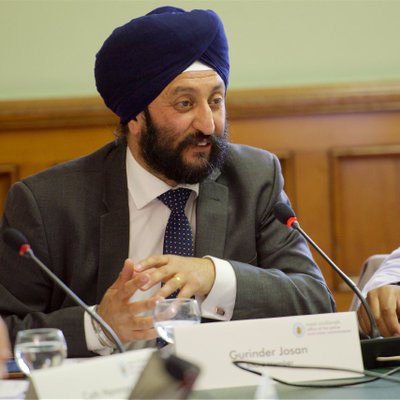 I stood in the last NEC election and, having received the support of over 25,000 members then, I’ve decided to stand again in the current NEC elections.  During the campaign I met and talked with many members across the UK and discussed many issues. I learnt a lot and had some great conversations!

In this election I’m pleased and proud to be standing alongside a diverse team of experienced and committed activists from across the UK: Luke Akehurst, Lisa Banes, Johanna Baxter, Jasmin Beckett, Eda Cazimoglu, Marianna Masters, Heather Peto and Mary Wimbury.

I stood on a platform of improving diversity and representation and for a ‘broad church’ party. I congratulate Yasmine Dar, Jon Lansman and Rachel Garnham on their election, but I am disappointed there is still no NEC member elected by members from the West Midlands and there hasn’t been a single one since the current system was established in 1997.

I am disappointed that despite some great activists being selected there’s been a noticeable lack of BAME people selected as candidates in the selections carried out to date in target parliamentary seats.

I am also disappointed that in spite of almost 40 per cent of all the ballots cast in the recent NEC elections were not for the three Momentum supported victors but were cast for the other candidates, the result and subsequent events indicate a breakdown of the ‘broad church’ party amidst a push for total control of party structures by Momentum.

The election of three members endorsed by and representing the Momentum brand in the previous election has generated mixed views. For me, I accept the democratic decision of members in an election where all members had the opportunity to put themselves forward and to vote for the candidates of their choice. But the result also leaves me more resolute than ever before that the argument for a diverse, representative and ‘broad church’ party must continue to be made.

In response to my pursuit of increasing diversity at all levels of our party, people often say we are free to support the candidate that identifies with their politics. Although this is the fundamental basis of a democratic party, it can also be used as the clarion call of factional politics with the end result being a disregard of the focus on improving diversity.

The Labour Party generally has a better position on gender, BAME, LGBT and disability diversity and representation than other political parties, and this hasn’t happened by accident.  It has happened because, firstly, a general acceptance of the need to improve diversity and secondly, a real and sustained focus on achieving that.

Unfortunately, recent events including the lack of BAME candidates selected for target parliamentary seats, some BAME sitting councillors being deselected and the left putting up a slate for the West Midlands Regional Board without a single BAME person all indicate how fragile the hard won equalities victories are.

There is a responsibility on the new establishment in the party – Momentum and their supporters on the left in the trade unions – to ensure equalities are not sacrificed on the altar of factional purity. This new establishment also needs to exercise care that they do not become that which they have often most vehemently criticised in the past – a leadership incessantly promoting those most close to themselves whether that be for the party’s general secretary, parliamentary selections or other positions.

These are not just criticisms of Momentum but they are real challenges for all of us. If we wish to form the next government, we need to reach out and increase our electoral coalition to build on the success of the 2017 general election. We can only do this by utilising the talents, skills, knowledge, passion and energy of all our members.

I don’t believe Momentum have all the answers. During the previous NEC election campaign I announced a host of pledges including ideas for putting members in control of our party, building our party and winning elections. I hope those elected to the NEC will take note of those ideas and will encourage all members to get involved in coming forward with more ideas. I will be seeking to build on these pledges during this election by engaging members in discussing ideas.

We rely on party members across all our regions to form a government and our member representatives on the NEC should reflect that geographical diversity and not be dominated by London and the south east.  To further improve the regional representation on the NEC, my fellow candidates and I have launched a campaign to make sure that members across the country are heard and represented on Labour’s decision making bodies. Members can support our campaign to regionalise the NEC by signing our petition and downloading our model motion here.

In meetings and discussions I am often asked what I mean by a ‘broad church’ party. I do have a long answer, but my short answer is this: a party in which a Labour MP can vote against the party whip hundreds of times, can still remain accommodated within the party and can go on to become leader of the party.

That is the proud ‘broad church’ legacy the newly elected NEC members inherited, and my hope is they will recognise that legacy and maintain it for the future. The party has always been bigger than any individual, any faction or any particular ideology. Labour is only successful when we reach out to people we don’t necessarily agree with on everything to build a diverse and election-winning movement.

My campaign for improving diversity and representation and for a ‘broad church’ party struck a chord with many members and this is something I will continue campaigning and working for.  Once again, I want to thank everybody who voted for me and helped with my campaign, including Progress and Labour First – I truly am grateful for all the help, advice and support and once again I will be appealing for and looking forward to support from across the party.

I look forward to visiting CLPs, meeting members and campaigning alongside you across the UK during the coming months.

Gurinder Singh Josan is vice-chair of Sikhs for Labour and is standing for Labour’s NEC.

Gurinder Singh Josan CBE is a member of Labour's national executive committee. He is also a director of HOPE not Hate and vice-chair of Sikhs for Labour.