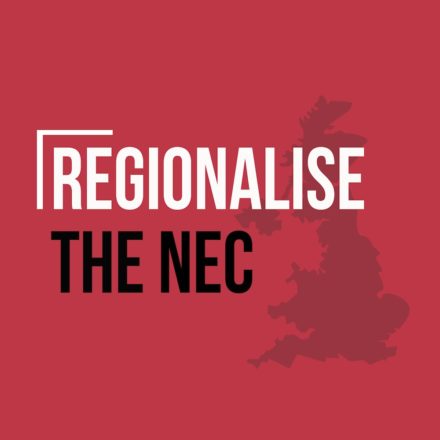 Labour’s ruling body could see each region and nation get its own place, under new proposals from centrist Labour groups to the party’s democracy review.

Progress and Labour First launch a campaign today to offer a place on the NEC to each of the UK’s regions, plus Scotland and Wales.

Former parliamentary candidate Mary Wimbury, who is standing for the NEC, said: “We need a guaranteed CLP rep for Wales, who votes in Welsh Labour members’ interests, and can be held accountable for doing so.”

The plans put forward by the centre-left organisations would also see the number of local government representatives on the NEC doubled, from two to four. Alice Perry and Nick Forbes are the local councillors currently occupying the two places.

Such recommendations must be passed by both the NEC and Labour conference in September before being implemented.

The extra NEC places would increase the chances that Progress and Labour First could retain places on the ruling body, where the Left now has a majority of approximately 23 to 16.

The groups are more hopeful after Miriam Mirwitch won the Young Labour chair election, which used a one-member-one-vote system, in a surprise victory for the centre-left.

The proposals, to be submitted to Labour’s democracy review led by Katy Clark, come as the centrist slate of nine candidates is also announced today.

Last week, LabourList exclusively revealed that Momentum will suggest Labour Party membership is opened up to include supporters of other movements, as part of its own submission to the democracy review.