Ann Black writes for LabourList as the newly elected chair of the National Policy Forum.

What is the National Policy Forum, and why does it matter? Good questions, and ones that 95 per cent of members cannot answer. Twenty years after its launch, and despite numerous reviews, it remains mysterious, poorly understood and unloved.

First, some history. The Forum was formally established in the wake of Tony Blair’s 1997 landslide. The aim was to ensure that party and government stayed in tune, campaigning and winning further elections, rather than falling prey to internal feuding. This would be achieved through consensual, deliberative policy-making, rather than polarising resolutions and public confrontations. During the lifetime of a parliament the Forum would develop a programme for the next general election manifesto. At the same time, policy commissions, which include ministers and members of the National Executive Committee (NEC) and the Forum, would be responsible for continuous day-to-day communication with the wider party.

In fact the process leading to a manifesto platform involved much old-style manoeuvring. Crunch meetings lasted until the early morning, and consensus was sometimes not so much won as enforced: proposed amendments were diluted in negotiations with ministers, or defeated. Throughout the Blair and Brown years I was part of a small minority who pressed for conference to have the final say on pensions, benefits, taxes, selective education, Trident and much else – and we lost every time. Further Labour victories in 2001 and 2005 were seen as validating this approach, but losses in 2010 and then 2015, despite the most amicable Forum ever, raised uncomfortable questions. And the intended dialogue between party and government failed to prevent the 75p pension rise and scrapping the 10p tax band, own goals that could have been avoided by listening to members.

For the 200 Forum members, meetings have been enjoyable and worthwhile, though frequency and attendance dwindled as Labour lost power. However, excluding the media also excludes 99.9 per cent of grassroots members; shut out of their own party, they have to rely on leaks and informal networks. The trade unions, local government and some socialist societies have their own internal structures and can advise their Forum delegates. For constituency representatives it is more difficult, and even activists can rarely name the people who speak in their name. I thought that one-member-one-vote elections would make a difference. It didn’t. I thought that giving every Forum member a place on a policy commission would help. It didn’t. Most representatives take their responsibilities seriously, but have no assistance with travel, time away from home and work, or communicating with members.

The consequence is that many members are still more able to explain the pre-1997 system, where policy was built around resolutions to conference, than the current one. They say that in the old days, yes, their resolution was combined with dozens of others and the resulting composite was referred back, defeated or ignored, but at least their delegate was in the room and could see where their motion disappeared. Now they send resolutions “to the Forum” and rarely get a reaction.

Even developments designed to promote two-way discussion have had mixed success. The policy forum website – at policyforum.labour.org.uk – is an innovative and useful resource, but most contributions come from individuals rather than reflecting the collective views of local parties and affiliates. If half a million members joined in, the system would simply collapse.

Two further aspects deserve exploration. First, the Forum was established under an NEC document called ‘Partnership in Power’. A rolling policy programme makes sense when it is developed alongside a Labour government implementing the previous manifesto, but rather less when a hostile government can change the landscape at any time. And speaking directly to ministers can grant real influence, while shadow ministers can hold the government to account but cannot themselves act. We need a system that works both in and out of power.

Second, Labour’s 2017 manifesto was generally agreed as the most successful of recent times, and popular across the political spectrum. Forum members were consulted through telephone conferences but the direction came from the top, and it was written, from necessity, in three weeks rather than three years. This raises questions about whether consensus, leading to compromises which no one objects to, is always better than bold, distinctive pledges: scrapping student fees, building a million new homes, ending zero-hours contracts and the public sector pay cap, introducing a £10 living wage, banning fracking, and bringing the railways back into public ownership. There are lessons to ponder here.

After this week’s elections I plan to meet with the vice-chairs Shabana Mahmood, Katrina Murray and Mick Whelan, Cath Speight as NEC co-convenor of the joint policy committee, and policy staff. My provisional priorities are to publicise the Forum more widely, to respond more effectively to contributions from local parties and affiliates, and to ensure that all Forum members, including constituency representatives, have the support that they need. I would like to have a meeting in July to contribute to the party democracy review, and to consider the current policy consultation, but that will depend on resources. Of course the review may itself make recommendations on policy-making, but as members are being asked to elect 55 constituency representatives this summer, it seems that there are no immediate plans to abolish the Forum entirely. If you have any thoughts, you are welcome to email me at [email protected]

Finally I’d like to pay tribute to my predecessors Robin Cook, Charles Clarke, Ian McCartney, Pat McFadden, Peter Hain, Angela Eagle and Ann Cryer. As the first NEC constituency member to chair the Forum, I hope to build on their commitment and work towards success at the next election, whenever it is called. And that is, ultimately, why the Forum does matter, not only to party members but to everyone who needs a Labour government to transform their lives. 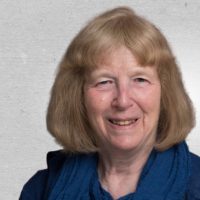