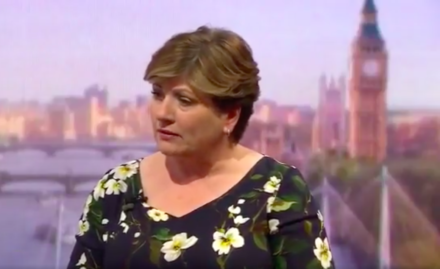 Speaking to Nick Robinson on The Andrew Marr Show, Thornberry said: “If you’re a politician in charge of a department and a department does its job as badly, as the Home Office has clearly been doing, then you should resign.

“I really think she should quit.”