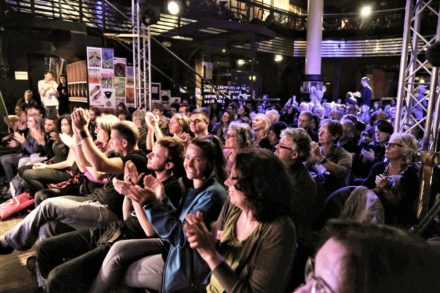 Expected to be the largest UK political festival held for decades, The World Transformed will run alongside Labour Party conference this year and feature political leaders from around the world.

The World Transformed 2018 will be attended by over 300 speakers and artists, and organise more than 250 hours of workshops, debates, live music, art exhibitions, children’s activities, plays, films and parties. Labour’s democracy review and ‘Lexit’ (left-wing Brexit) will be amongst the topics debated, and the pub quiz with Ed Miliband – a popular event last year – is set to be repeated.

The invitation extended to Mélenchon, who leads left-wing party La France Insoumise and lost to Emmanuel Macron in the French presidential elections last year, has caused some controversy. One organiser used a LabourList piece to explain why the festival had welcomed JLM, as he is known, and said: “Comparisons abound between Mélenchon and Jeremy Corbyn”.

But Mélenchon has in the past suggested he supported a ban on the niqab, citing the French concept of ‘laïcité’ (translated roughly as secularism). He is also thought of as a Eurosceptic, and he has advocated radical policies such as a 100% income tax.

Deborah Hermanns from The World Transformed said: “This year’s festival will be a space where not only the UK left, but the international left, can come together to share ideas and practices but also to engage in critical discussion and debate.

“It is clear that the movement that’s been growing over the last two years is not going anywhere – we are serious about developing a programme of long-lasting political change. At TWT 2018, we’ll be working to build a grassroots movement with the power to not only elect a socialist Labour government, but to totally transform society and put power into the hands of the many.”