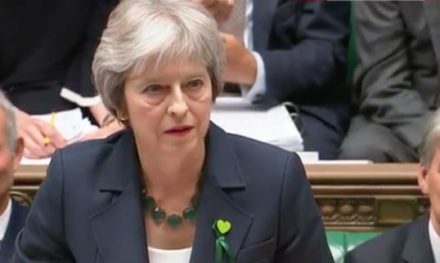 Hello. MPs are back from Christmas recess, and LabourList is back in your inbox every weekday morning. On Brexit, nothing has changed, as they say. Theresa May is still trying to “seek assurances” from the EU on the main sticking point of her deal, the backstop, while Labour pledges to vote it down. The Prime Minister doesn’t seem to have made any progress in talks with EU leaders, as expected, so the next question is whether she will delay the meaningful vote once again – pushing it back further from 15th January – or see it fail and force the Commons to repeatedly vote on her deal until it passes.

Appearing on The Andrew Marr Show yesterday, May refused to rule out the try, try and try again option (describing the event of her deal not being approved as “unchartered territory”), though Labour Remainer Chuka Umunna reckons this isn’t allowed under House of Commons rules. “I have consulted with the Clerks of the House of Commons on this – you cannot simply bring the same motion again and again and again,” Umunna told Sky’s Sophy Ridge, before quoting Erskine May on Twitter.

All bits of Brexit news involve the respective campaign groups digging their heels in. A significant number on the opposition benches continue to push for a fresh EU referendum, but that path hasn’t won majority Commons support and there is plenty yet to be resolved (e.g. options on the ballot paper, which Umunna says he is “open minded” about). The frontbench position is unmoved: shadow cabinet members point to unlikely scenarios in which Labour could back a fresh public vote, with Barry Gardiner suggesting a Labour government would put its alternative deal to the people, and Emily Thornberry saying the party would be in favour if May were replaced by a Tory no-dealer. Speaking to John Pienaar yesterday, the Shadow Foreign Secretary pointedly added that some within the People’s Vote movement want to “slap the Labour Party around”.

Over 200 MPs from across the House have today written to the Prime Minister, calling on her to rule out a no deal Brexit. The concerned signatories particularly highlight the effect trading on World Trade Organisation rules could have on the manufacturing industry. Meanwhile, Boris Johnson has called such warnings “hysterical”, and hard Brexiteers say Tories are more relaxed than ever about a no-deal outcome.

Another cross-party demand is published today in the form of Lucy Powell and Robert Halfon’s ‘Common Market 2.0’ report advocating the Norway Plus model (single market and customs union membership). But this is still often seen as a bad compromise, with Remainers and Leavers both keen to point out how the model requires becoming a rule-taker and doesn’t end free movement. People’s Vote supporter Peter Kyle commented that the Norway ship has sailed, reflecting the view set out by fellow PV-er Mike Gapes on LabourList last month.

There is some respite from Brexit news: the government’s domestic agenda struggles on, as newly appointed frontbencher Amber Rudd has decided to delay the disastrous roll-out of Universal Credit. Expect more details at work and pensions questions this afternoon, before MPs debate Laura Cox’s report into bullying and harassment in Westminster. Happy new year!