This is a crucial week for the country, the economy and for the Labour Party. Theresa May’s withdrawal agreement has huge implications for the Brexit outcome and for the jobs, industries and businesses of the UK. Just as importantly, it has implications for the ability of the Labour Party to form a government and, once in power, to implement a programme to transform our country for the better.

There is no question that Theresa May’s deal is a bad deal. As Jeremy Corbyn said last December, it is “a monumental and damaging failure for our country” and “a worst-of-all-worlds deal that works for nobody, whether they voted Leave or Remain”. That’s why Labour for a People’s Vote is today sending all Labour MPs a briefing on the top ten reasons for which May’s deal should be impossible for any of them to support, whichever way their constituency voted in 2016. Among these ten reasons, four stand out.

First, the deal decides nothing. It gets us out of the EU, then gives the Tories a blank cheque to negotiate the future relationship – not only with the EU but with every other country with whom we would trade in future. This would mean trusting the Tories not to sell off the NHS to US corporations, not to devalue our food standards and workers’ rights, and not to let our manufacturing die just as they killed other industries in the 1980s.

Of course, we hope to see a general election and the election of a Labour government as soon as possible – but as things stand it would be the Tories, not Labour, negotiating these binding international agreements. Parliament has a say over Brexit but would get little say over future trade deals. If we fail to use the agency we have now, we won’t get another shot.

Second, leaving the EU would leave us as a rule-taker, not a rule0maker. It’s no wonder that most Leave voters hate May’s deal. The voters who wanted us to ‘take back control’ must be aghast at the idea of an agreement that would leave us subject to EU regulations, the ECJ and Commission decisions for as long as the backstop is in force, which means pretty much indefinitely.

Third, it would endanger hard-won workers’ rights and protections. The TUC and trade unions have been unequivocal in their rejection of May’s deal, arguing that its “flimsy proposals won’t protect our rights at work or stop us falling behind the rest of Europe”. To believe May’s promises would be to believe that the Tories could be trusted on workers’ rights – when the last 30 years show the exact opposite.

Finally, the Tories are trying to use the withdrawal agreement to bind our hands. This is most important for all of us who want to see Labour in government transform Britain. Convention is that one government cannot bind any future government, however international treaties are binding and far more difficult to change. The Tories have written provisions into the agreement would make it harder than it is now, as an EU member, to renationalise industries or support key sectors including manufacturing.

If the deal were implemented, state aid and competition law would be applied in a more draconian fashion than currently while the UK was in transition and the backstop in place. The Tories know they won’t be in power for ever and are terrified of what a Labour government would do – Labour MPs cannot vote for this underhand attempt to rob us of the chance to invest, to support key industries and protect jobs.

It’s worth remembering that in January May’s withdrawal agreement went down to the worst parliamentary defeat in history. She has failed to convince her own party, her coalition partners, and the opposition. She has also failed to convince the public – this weekend YouGov found that in only two out of 632 constituencies in England, Wales and Scotland do a majority of voters want their MPs to support the agreement.

In putting together a deal that would leave us poorer, with less say over the running of our country and economy than we have as members of the EU, and that would leave the future undecided, May has united Britain against her deal. In seeking to hinder Labour’s agenda in government she has again shown that she cannot be trusted – not least on workers’ rights.

Despite January’s mammoth defeat, the Prime Minister is planning – unless she chooses to perform a huge U-turn – to bring her deal back to the Commons. She has made no changes, she has not listened to trade unions or the Labour leadership, and she has won no concessions from the EU. MPs need to follow the lead of their constituents, and their own instincts, and reject her deal for a second, and hopefully final, time.

David Lammy is MP for Tottenham and Shadow Foreign Secretary. 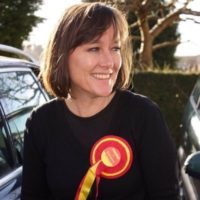 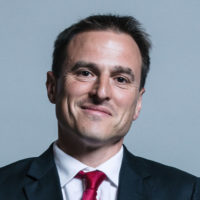 View all articles by Paul Williams