‘That’s democracy.’ This is the claim routinely heard as political opponents exchange verbal blows, with each side asserting their occupancy of the democratic high ground.

In Britain, it is the contested claim between those who see the 2016 referendum on membership of the European Union as the definitive expression of popular democracy and those who regard it as a threat to its representative version. In Catalonia, the assertion of democratic rights by the separatists is met by the assertion of democratic rights by other Spanish people. In the United States, the democratic authority of a rogue president rubs up against the kind of checks-and-balances democracy of the founding fathers.

All kinds of regimes, including many oppressive ones, have wanted to call themselves democracies. Can everybody now can make the claim of ‘that’s democracy’ to support their position? What has gone wrong with democracy – and how can be put right?

In the most recent report of the Economist Intelligence Unit’s annual Democracy Index, the UK’s democratic score has improved from the previous year. This is largely on the basis of the high turnout in the 2016 EU referendum.

This makes some sense, as electoral participation is an important measure of democracy. Yet does it mean that the quality of democracy in Britain has improved? That seems unlikely. Without wanting to diminish the significance of the result, it would be difficult to claim that the referendum campaign produced a more informed electorate. For example, an Ipsos Mori survey shortly before the referendum found that Leave voters overestimated the number of EU immigrants by a factor of four (and Remain voters by a factor of two).

The ancient Greek idea of people ruling directly was replaced by the idea of representation as the best insurance against democratic excess and the best guarantee of good government. However, it soon became apparent that elections are a necessary but insufficient condition for democratic government.

For example, the rise of fascism in the interwar years showed that people were quite capable of voting for tyranny. When the post-1945 world talked about democracy, therefore, it was not just representative democracy but ‘liberal’ democracy.

2. Democracy is not made up of single events but a process

Democracy became shorthand for a whole bundle of attributes that constituted decent government. Free and fair elections, freedom of expression, the right of opposition, the protection of minorities, a free media, basic human rights, the rule of law and an independent judiciary, along with all the other constitutional checks and instruments of accountability. A democratic government is one that can be kicked out, but also one that can be kicked while it is in.

Democracy is not a single event but a dense and continuous process. It was the failure to understand this that allowed the Brexit camp to claim that ‘the people’ had spoken, and that any further discussion of the issue was somehow illegitimate. In fact, there is not a single ‘people’ (as the referendum clearly showed) and it is dangerous to claim that there is.

As the political theorist John Dunn has observed, political legitimacy is strengthened by the fact that in a democracy, losers can believe they may be winners next time and so stay in the game. The referendum was an expression of democracy; but so is the campaign to revisit it.

3. A democracy must be able to deliver for its citizens

But these are, nevertheless, local issues. Western democracies are in trouble, as mainstream politics is confronted by the populist surge, while non‐democracies (notably China) confidently reject the democratic model of development. Even in Europe, there is democratic decline, with countries like Hungary and Poland embracing an ‘illiberal democracy’ of conservative nationalism that restricts freedoms and interferes with the courts.

Something serious is happening. About a quarter of people in a cluster of established democracies – including Britain and the United States – would support the idea of a strong leader able to make decisions without interference from a parliament or a court.

It is not accidental that democracy’s current troubles have coincided with a period of rapid economic and social dislocation, culminating in the financial crash and its austere consequences. Democracies have to be able to deliver for their citizens. The post-1945 era could deliver a better and a more equal life for its citizens, but today’s world is sharply different.

When the revolt came, exemplified by Brexit and Trump but going much wider, it took the form of a general attack on the elites who had been running the system. Though this analysis is simplistic, the fact is that the elites had a lot to answer for. Simply to denounce the populist threat to democracy without responding to its causes is therefore an abdication. Populism is democracy’s fire alarm. The proper response of democratic politics to populism is to attend to the root causes.

In a similar way, only those who are politically tone deaf could fail to understand the potency of the appeal of democratic self‐government in the EU referendum campaign. People might feel empowered as consumers, but disempowered as citizens. Yet the argument about democracy was never really engaged with by those wanting Britain to stay in the EU club.

5. Democracy must always be work in progress

In a country like Britain, where political power is traditionally concentrated and centralised, there is ample scope for institutional reform of various kinds. Direct democracy can never substitute for the complexities of policy making that only a representative system can negotiate, but direct democracy might play a role.

In Ireland, for example, it has unlocked social issues, and could do the same in Britain on an issue such as assisted dying. Democracy must always be a work in progress, and there is particular scope for democratic experiment at a local level.

It is not enough, though it is necessary, to defend liberal representative democracy without also exploring how it can be strengthened and improved. This is particularly needed in Britain, where muddling through has been preferred to principled reform. But it is also too easy to respond to democracy’s current difficulties simply by reciting a list of desired institutional and constitutional reforms.

6. Democracy is fundamentally about culture

Democracy is not just (or primarily) a set of institutions. Democracy is a culture, requiring nurture and protection. The ability to settle disagreements without violence, and for opponents not also to be regarded as enemies, is a considerable historical achievement.

In Britain, politics has been rooted in conventions, seen as much more reliable than words in constitutions. But the EU referendum has exposed the frailties of this system. A culture of divisiveness has descended. Now judges are denounced, the civil service impugned, the BBC attacked and experts dismissed. This is what happens when the norms and conventions that sustain democracy are eroded.

It is because democracy is fundamentally about culture, a way of doing politics, that this is where attention should be directed. This applies more widely than the need for a culture of citizenship: institutions and culture should be mutually reinforcing.

7. Democratic citizenship is the answer

The explosion of voice in all its forms has altered the relationship between the represented and their representatives. New forms of communication have overcome some of the problems of scale that prevented Athenian-type direct democracy finding a place in the government of mass societies.

However, none of this will happen if we fail to nourish a culture of democratic citizenship. The real problem with a populist kind of politics is that, in the name of the ‘people’, it denounces all opponents and wages war on those institutions that stand in its way. Moreover, the digital revolution undermines trusted sources of information and a shared public space. It is not possible to conduct liberal democracy on this basis.

If democracy is to continue to be the way in which Western societies negotiate their differences and meet their challenges, it will have to be re-energised and renewed. Business as usual is not an option. Democracy is worth defending – but that means deciding what kind of democracy we want to go into battle for.

‘Rethinking Democracy’, edited by Andrew Gamble and Tony Wright, will launch on May 14th. 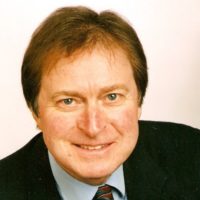 View all articles by Tony Wright