I’m in favour of radical reforms to Labour’s disciplinary procedures so that we can more swiftly kick out the small number of antisemites in our ranks. But as a member of the national executive committee, I haven’t seen any evidence that this prejudice among a minority of members is an institutional problem.

The Equality and Human Rights Commission has received complaints about racism and Islamophobia within the Conservative Party, and about institutional racism in the Home Office, demonstrated by the Windrush scandal caused by Theresa May’s hostile environment policies. Surely the EHRC must launch formal investigations into both, treating all political parties the same, without fear or favour.

In its 12 years of existence the EHRC has only ever completed one full investigation plus nine smaller inquiries. But this isn’t the first time they have looked into Labour. Without warning, they tweeted that they would follow up a complaint from Tory vice-chair Ben Bradley MP about Young Labour members from disadvantaged groups electing their own representatives.

The EHRC wasted time and precious resources to investigate bogus allegations of discrimination against that famously oppressed group: straight, white men, who do not have a disability. Yet we are still waiting for the EHRC’s response to a complaint by Baroness Warsi about Islamophobia within Bradley’s own party. And another complaint has been made this week by the Muslim Council of Britain.

Hence why some ethnic minorities have lost faith in EHRC and why ex-EHRC employees have lamented a culture of reluctance in the organisation, in large part due to its budget being cut by 70% by the Tories since 2010. MPs and pundits (including those who have always attacked Jeremy Corbyn, no matter the subject) are drawing conclusions from the EHRC opening an investigation into Labour, before that investigation has been able to reach any conclusions.

Before you rush to judgement, let’s revisit the facts. Recently published data showed that complaints received by the party about antisemitism related to just 0.1% of party members. There is a larger group of members who have dismissed or downplayed the existence of antisemitism. But Jeremy Corbyn has clearly stated that anyone who denies antisemitism within our party is wrong and contributing to the problem. Unlike the Conservatives, Labour has never denied that antisemitism exists within its ranks. We launched an inquiry and we have introduced a wide range of measures to improve our procedures.

Jeremy has written emails to all members, appealed to supporters in video messages, written opinion pieces and spoken in interviews about the ways in which antisemitism has manifested on the left. He has clearly stated that anyone who spreads antisemitic poison does not do so in his or the party’s name.

Our party’s bureaucracy was controlled by the Labour right until last year, who – recent leaked emails suggest – may have sat on antisemitism cases to destabilise Jeremy’s leadership. These emails showed it was in fact Jeremy Corbyn’s office that pushed for action on Ken Livingstone and other high-profile cases.

For the first three years of Jeremy Corbyn’s leadership, the left had no real say in the party machinery. But since Jennie Formby became general secretary last year, she has sped up and strengthened procedures, doubled staff capacity and professionalised the operation.

It is also important to remember that surveys conducted by the Campaign Against Antisemitism and YouGov in 2015 and 2017 showed that antisemitic attitudes are higher among Conservative voters than Labour voters and slightly declined among Labour voters during this period – the first two years of Jeremy’s leadership.

Jeremy has written about narratives that are disguised as supportive of Palestinian rights or critical of capitalism but contain antisemitic stereotypes or conspiracy theories being increasingly circulated on the left. Social media has provided platforms for these age-old prejudices to find new life. And as Jeremy has said, we must address these particular ways antisemitism has manifested on the left and deepen our understanding about antisemitism within our movement, so that members can more easily identify these tropes.

Labour members do not exist within a vacuum and antisemitic comments surfacing in left-wing spaces cannot be divorced from rising antisemitism in our society, and a collective failure to educate about its history in schools. There are approximately 170,000 antisemitic searches online in the UK each year and one in 20 people in the UK do not believe the Holocaust took place. A Jewish cemetery in Manchester was recently desecrated and just two weeks ago the fascist who plotted to kill Rosie Cooper MP gave a Nazi salute as he was sentenced.

It would be wrong and dangerous to underestimate the scale of the problem across society at large by focusing exclusively on a minority of members within the Labour Party – though this minority must be rooted out of the party immediately.

While antisemitism, Islamophobia, xenophobia and other forms of racism are rising in the UK, the far right is on the march again and our country so bitterly divided, what we need now – more than ever – is to work together to tackle prejudice across the political spectrum, the media and society at large.

What the EHRC has missed is an opportunity to rise above party politics and address deep rooted inequalities within our society. Instead of separate investigations into Labour and the Tories, the EHRC could have launched a joint inquiry into both, and prejudice in politics more broadly. Instead, we will see political point scoring, which does nothing to protect the interests of minority communities. 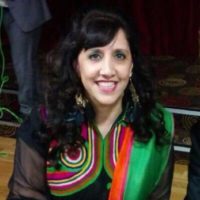 Yasmine Dar is a member of Labour's national executive committee (NEC) and a Manchester City councillor.

View all articles by Yasmine Dar