A campaign led by Labour MPs for tougher penalties for attacks on shopworkers has united the retail sector and provided thousands of shopworkers across the country the opportunity to share their experiences of violence and abuse directly with the Home Office. The extent of the problem faced by shopworkers, including volunteers in charity shops, is stark. USDAW’s survey highlights that, on average, a shopworker is abused, threatened or assaulted 21 times a year – that’s once a fortnight. No one should be expected to face this level of violence and abuse for just doing their job.

The Home Office’s call for evidence, which closed today, was the result of the hard work of Labour MPs pushing the government to deliver greater protection for shopworkers and tougher penalties for offenders through the Offensive Weapons Bill. We must maintain this pressure on the government to deliver meaningful change to reduce crime and violence – not more empty promises, bluff and bluster.

Shopworkers are most vulnerable when they are enforcing age restrictions to keep our young people safe, refusing to serve customers that are intoxicated, or challenging shop thieves to reduce criminality in our communities. We should be indebted to them for undertaking this difficult task but the law provides them with no additional protections. When people are expected to enforce our laws, they should also be protected by them.

Police forces are struggling to respond to this tide of violence and abuse, not only because of their increasingly complex work load, but because of heavy cuts to their budgets and manpower. We have 21,000 fewer police officers than in 2010, meaning less neighbourhood policing to engage with communities day in, day out to make them safer, and also reducing their ability to respond to incidents when they occur. The days of the police responding to reports of shop theft are long gone, and the reality now is that many incidents of violence in shops are not attended either. We need to equip our police officers with the tools and manpower to deal with these damaging crimes.

Finally, we must acknowledge the need to help people that are driven to criminality and tackle the root causes. Many businesses see the same offenders coming into their stores stealing to fund an addiction. Issuing fines or cautions won’t break the cycle of offending. We need to see a greater focus on drug treatment orders, which have fallen from over 16,000 in 2007-08 to a mere 4,889 in 2018.

Unions, business groups and some of the largest retailers and smallest shopkeepers in the UK are speaking with one voice to push for reforms and so must the Labour Party. In the coming weeks and months, we need to focus the government’s mind on policy and action to protect shopworkers that serve every community across the country. 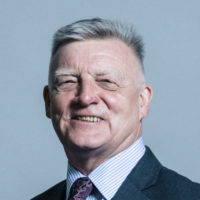 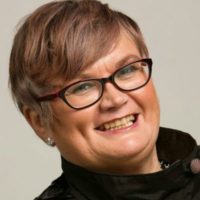