The death of Labour Students is long, long overdue – and there’s no reason to mourn it. We now have a fantastic opportunity to forge a new organisation that can truly unleash the talents and potential of Labour’s student membership and ultimately inspire a campaigning force that will charge Labour into Downing Street at the next general election.

Having served on the committee of my university’s Labour Society for two years, I have dealt with Labour Students more than preferable – that is to say, at all – and can say both from experience and observation that scrapping NOLS is a move to be welcomed. It is a triumph for party democracy, student politics and the broader Labour Party.

On Tuesday, Jon Lansman proposed an urgent motion to Labour’s national executive committee (NEC) – the highest decision-making body in the party – to scrap Labour Students. It passed. Come the 2020 conference, NOLS will be no more, as long as general secretary Jennie Formby devises structures for a successor organisation. As one of Labour’s last bodies still in the stranglehold of the party’s ‘moderates’, this move will no doubt unleash fury from its defenders and joy from the majority of Labour-supporting students who will relish the prospect of a new representative and functional organisation.

Since its inception in the early 1970s, NOLS was supposed to serve as the autonomous socialist student wing of the Labour Party – a body that could represent, organise and inspire members in higher education. I say “supposed to” for good reason, as Labour Students never in its history performed these functions, but rather routinely served as an undemocratic, cliquey training ground for aspiring career politicians. Former committee members who have gone on to have political careers include the party’s current deputy leader Tom Watson and former Labour MP and Bailey’s Irish Cream advocate Mike Gapes.

Democracy means different things to different people, but people generally agree that it means giving everyone a voice and accountable representation. A notion such as one-member-one-vote (OMOV) should not be a radical suggestion at all, yet to NOLS this was apparently too much to ask for. Historically, the organisation used a delegate system to carry out elections, whereby Labour clubs/societies were represented at the annual conference by a number of delegates proportional to their membership. This may sound acceptable in theory, but in reality the system was rotten to the core, seemingly designed to preserve the domination of ‘moderates’ over the NOLS committee. This made it so unrepresentative of the membership that they actually positioned Labour Students as supportive of tuition fees.

Last year, Labour Students Left aptly described this dysfunctional system: “Difficulties with delegate accountability and discrepancies in how individual clubs mandated their delegates aside, the affiliation procedure for clubs prevents Labour students at smaller institutions and FE colleges from being represented and favours larger universities. Historically, Labour clubs with a predominantly left-wing membership have found themselves denied affiliation or delegates to conference on various convoluted grounds.”

The current campaign to reform NOLS began in 2012, when Aberystwyth University Labour Students put forward a motion to the NOLS Annual Conference calling for the adoption of OMOV, with a “watered-down version” ultimately passing. Little changed as delays, bureaucracy and deceit stalled the process of reform. Finally, in 2016, a real OMOV motion passed and in 2019 NOLS committed itself to running democratic elections under the new system for the first time. But the 2019 committee elections brought myself, much of my committee at Southampton University Labour Society (SULS), and hundreds of Labour students across the country, to the firm view that NOLS is an unsalvageable disgrace that should no longer exist within the Labour Party.

In January 2019, my society’s formal affiliation with NOLS was acknowledged, with affiliation that entitled us to delegate representation at their annual conference and gave our members the right to vote in their committee elections – if they individually joined for £1 a year. This was to be a momentous year, we hoped, as for the first time we thought there was a real chance that a left-wing committee with unwavering conviction to OMOV could be elected. These candidates ran on the fantastic Labour Students Left slate, which we endorsed as a society, along with 27 others of the 42 affiliated Labour clubs and societies across the country.

With our sights set on transforming NOLS, we applied to our students’ union (SUSU) for a grant to fund the travel and accommodation expenses for the conference in Edinburgh. Unbeknownst to us, our delegates were not to be allowed in. In an apparent effort by the previous NOLS committee to undermine democratisation, countless obstacles were put in place to complicate the process of registering as a delegate or to receive a simple email ballot. For example, in order to receive a ballot, each NOLS member from our society had to individually email then-Secretary Sheri-Ann Bhim proving their membership.

The delegate registration process was equally convoluted. One of our delegates, Beth Saul, realised she would not be allowed to attend just days before, having bought tickets and transport with our grant. Our other delegate, Harry McSweeney, travelled all the way to Edinburgh only to be turned away at the door. Not only was this frustrating on political grounds, but the uncertainty and confusion of being in a new place with nowhere to go took an emotional toll on our delegate.

Despite the refusal of our delegates, we remained hopeful that our members’ individual votes in the committee elections would be counted. Yet, despite the Labour Students Left slate receiving endorsement from the majority of affiliated clubs/societies and hundreds of individual members, their candidates ‘lost’ in every single election. The abridged results were swiftly released on March 7th: every candidate with direct or indirect endorsement from the outgoing committee won. Significantly, the full details of the number of ballots counted and the distribution of the vote share were not included.

Suspicions around the legitimacy of the elections arose immediately and, within a matter of days, a wave of disaffiliations from clubs and societies that had backed the Labour Students Left slate began. Overall, 21 clubs and societies disaffiliated from NOLS, including Southampton University Labour Society, where we passed a motion of disaffiliation on April 6th. Staying solidly true to their character of opacity and disregard for their members, NOLS took until the July 25th to acknowledge our disaffiliation after we sent them multiple emails and tweets declaring our departure.

On August 23rd, a full breakdown of the election results was finally provided after four long months. The breakdown proved all our suspicions to be true: of the 28,000 Labour members paying student rates (according to a recent NEC memo), 507 votes were counted. To put that into context, Durham University Labour Club alone has over 400 members. 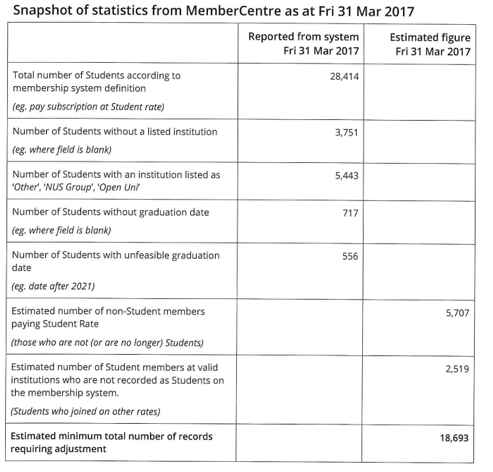 This sorry state of affairs has been the impetus for the campaign to reform or replace NOLS, which came together in August 2019 to form the Labour Students Left Network, a temporary group to which Labour clubs/societies could affiliate. The move yesterday to scrap NOLS should absolutely be welcomed by anyone committed to democracy, transparency and accountability.

The conduct and actions of NOLS in this year alone makes one thing clear: it does not share the values of the Labour Party and has no place within it. The necessity for a student grouping within the party should be addressed by the creation of a new group with a constitution that fundamentally commits it to OMOV elections, accountability and gives Labour members who are paying the student rates automatic registration and voting rights.

Finally, to the disheartened individuals who made their career by climbing the ladder that is Labour Students and bemoan the NEC for ‘knee-capping’ student activism at such a critical time, understand that it is NOLS that has been knee-capping the hopes of Labour students. We are strong, we are united and we are going to get a Labour government. 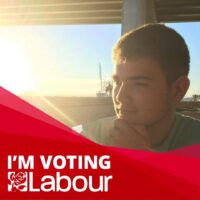 Joel Jordan is president of the Southampton Labour Society (2019-20)

View all articles by Joel Jordan