Following MPs and peers’ effective scrutiny of legislation in the run-up to Brexit, and now that we are into an entirely new phase of Britain’s future relationship with the Europe, it is tempting to assume that something will be lacking in how parliament holds ministers to account. Especially when the EU Withdrawal Agreement Bill passed through parliament unamended, despite recognition of legislative deficiencies from some in government and talk of the need for a ‘Clean Bill’ (i.e. with no amendments) from others.

Parliamentarians certainly have a very different role to play in phase two of Brexit. There’s no formal reporting mechanism for ministers, nor any opportunity for MPs to have a meaningful vote. In fact, beyond ensuring – via the 2010 Constitutional Reform and Governance Act – that a report is laid and debated within three weeks, there are no real hurdles to ratifying a deal without changes. Worse still, Boris Johnson’s government could just walk away from the negotiations without seeking parliament’s approval.

The outcome of the general election has undoubtedly limited our ability in Westminster to work with ministers to amend or compromise. Yet even before that election, the UK had both lost one Prime Minister who feared scrutiny and gained another who opposes it at every turn. The broader debate itself has also changed. The question is no longer whether we should leave, but how we mitigate the impact of having done so. Get Brexit Done has been superseded by Get Brexit Right.

Given that the Article 50 negotiations and accompanying preparations for a no-deal outcome required a substantial role for parliament. Following the 2018 Withdrawal Act, scrutiny of a huge volume of secondary legislation facilitated constitutional innovations such as sifting mechanisms and upgrade recommendations. And thanks to peers’ insistence, MPs had a meaningful vote on the withdrawal agreement. Sadly, we ended up in a situation where having been close to securing a further public vote it became a second order ambition for the leaders – and would be leaders – of other parties.

But despite the challenges in the new territory we now find ourselves, scrutiny is shifting away from the floor of either chamber towards the committee corridor – with Lords EU Committees already playing a vital role. Just last week, Defra Secretary George Eustice told one such hearing that he did not see fisheries becoming a contentious issue in the negotiations. A claim that was rightly called out as bogus.

On the same day, the EU Financial Affairs Sub-Committee took evidence from the Economic Secretary to the Treasury; and the Internal Market Sub-Committee is undertaking an inquiry into the level playing field and state aid. Such sessions, and the forensic reports that tend to follow, often go unnoticed. But perhaps a more engaged parliamentary press gallery in search of a fresh angle might start shining an inquisitive light or two that interests the wider public.

Our peers and our Commons colleagues will continue, of course, to use every available mechanism to hold ministers to account – be it written ministerial statements or the two Speakers’ respective discretions in allowing urgent questions. Indeed, anything and everything to fulfil our duty to scrutinise government proposals or actions, whether or not ‘Clean Bill’ becomes a wider mantra.

In doing so, however, we will also be looking to nudge the government towards an agreement with the EU that maintains an outward-looking and cooperative UK, and upholds our security and prosperity. This is something that has become even more crucial, given the international health crisis now demanding urgent action on both sides of the English Channel and beyond. 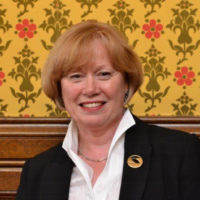 Angela Smith, Baroness of Basildon, is Labour leader in the House of Lords. She was MP for Basildon from 1997 until 2010.