Labour members and voters vary in their views on how – and to what extent – capitalism should be transformed. But there is consensus on the need for big change. What else would explain the enthusiasm in the party for retaining the policies developed under Jeremy Corbyn’s leadership on common ownership, infrastructure investment, and the green new deal that shaped the 2019 manifesto? How else did we end up with a leadership election that saw Sir Keir Starmer, Lisa Nandy and Rebecca Long-Bailey barely distinguishable in their stance on key issues, and that ended with the seamless integration of the two runner-up candidates into the shadow cabinet?

When you compare this agreement to Boris Johnson’s purging of Brexit dissenters before the last general election, the idea that Labour’s problems can be boiled down to an absence of shared policy vision is even more ironic. The reasons for that dissonance become clearer when you consider the other, more subtle but equally important, calibrater of political preference – communications. For Labour supporters and voters, this has been the existential question driving much of the party’s infighting and election-tanking equivocation. The debate is not ‘what kind of future do we want for Britain?’ but rather ‘how will we prove that we are capable of bringing this future into being?’

Under Corbyn, this question was answered through the conception of opposition as a force to “bridge the gap between the institutions of state power and struggles fought through trade unions and social movements”, to quote Sabrina Huck. It is this pluralistic spirit that helped to transform the party for the digital age, and grow its membership to the largest of any in Europe. But in focusing efforts on activism and argument, Labour neglected its duty to check the legitimacy of the government’s actions and provide an effective counterbalance of opinion, approach and values. Its ability in this area was severely compromised by the antisemitism crisis, the hapless Brexit strategy and Corbyn’s unpopularity.

The election of Starmer as leader is already helping to revive some of the democratic process that has been so sorely lacking. In rejecting partisanship and weaponising detail to render the government witness to its own prosecution on the issues of care homes and justice for migrant NHS workers, he is helping to restore to the leadership the kind of mass credibility that was consistently proven to be impossible under Corbyn. But this is only part of the solution. Forensic examination offers nothing in the way of alternatives, nor is faith in politicians and parties wrought entirely through competence – we yearn to be inspired by the ideas of those who seek the privilege of leading us.

While Labour’s strategy of supporting the government has helped to push Starmer’s personal approval ratings ahead of Boris Johnson’s for the first time, the opposition’s voice has sometimes been muted to the point of incomprehension. It is becoming increasingly difficult to decipher what Labour would do differently, with Bridget Phillipson’s inability to explain the party’s position on the lifting of lockdown restrictions during her recent appearance on BBC Question Time. The shadow cabinet’s general reliance on the government’s own ‘we-will-be-guided-by-the-evidence’ refrain is contributing little clarity.

For Labour to become a government-in-waiting, the party must go beyond responding to the government’s failures on personal protective equipment and testing. It must define which problems are worthy of scrupulous political attention – and explain how Labour would fix them. More must be done to connect our response to the virus with the decade of austerity that left our NHS and social system so frustrated in our preparedness for it and stripped back our social safety net. Labour must be ready to make compelling arguments about how its policy positions – particularly on the economy, climate and biodiversity – could prevent it from happening again, and help provide people with the security of health and wellbeing that a majority now regard as the most important thing in life.

Yes, this will mean trading some blows with the government. But to galvanise voters, the Labour leadership must rise to all the challenges of opposition. It is incredibly early in Starmer’s tenure – yet if he can communicate Labour’s virtue as an alternative government as successfully as he performs executive checks, he might stand a chance of tipping the balance of public favour. 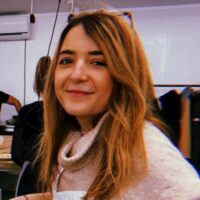 Izzy Goldstein is a campaign manager at The Zero Carbon Campaign.

View all articles by Izzy Goldstein