John Spellar MP recently wrote a piece for LabourList complaining about “constitution-mongering”. It began with the claim that the ‘big state’ is working well. This will come as a surprise to anyone who has been observing the state’s performance during the pandemic (a centre responding late and erratically to local developments, catastrophically mishandling education and handing vital contracts at huge prices to friends of ministers and advisers), the implementation of Brexit (a constitutional crisis exacerbated by a systematic failure to listen or prepare), or the Windrush and cladding scandals (symptoms of an unresponsive state that lacks appropriate scrutiny). Not to mention the history of central government blunders going back to the poll tax.

Indeed, after claiming that the patient is in robust good health, Spellar acknowledges that there is “discontent across the country with Westminster and Whitehall and their policy formation and decision-making”, and that government decisions ignore anywhere outside the ‘London-Oxford-Cambridge triangle’. This could be a clarion call for constitutional reform, but Spellar’s recognition that the patient is sick comes with no programme for treatment, or even a diagnosis.

The truth is that the British state is rather like an old house with ancient and dodgy wiring. When you move into the house, it is far easier to spend your time and energy planning exciting new decorations or appliances, rather than time-heavy and sometimes tedious rewiring of the electrics. But if you are foolish enough to ignore the fundamentals, for all the spending on modern features, the house will eventuality become inhospitable.

This is a lesson learnt by the last Labour government, which, after a swarm of positive constitutional developments to modernise politics in the first term, was unable to make sufficient progress on issues such as House of Lords reform, the next stage of the devolution process and electoral reform. Our politics in the decade after Labour lost power suffered terribly as a result. The constitution, and the state of our politics, must be central to building a progressive agenda for government.

The right can put up with a state that lacks capacity and is widely thought to be untrustworthy, unaccountable, distant and incompetent; it doesn’t want people to look to the state for answers to their problems. But for the social democratic left, a state with capacity and authority is essential to its social and economic programme. Capacity and authority require trust and in today’s Britain trust has to be earned, not demanded. Unless the state is, and is seen to be, accountable and responsive to the local communities and individuals it serves, it will not earn trust and cannot deliver.

How do you make the state more accountable and responsive? Well, to coin a phrase, you have to do a bit of “constitution-mongering”. You have to think about how to give local government and communities more powers and resources – and how to entrench those powers and resources against the ever-present temptation of central government to centralise. You have to think about how to make local and central government decision makers more responsive to the wishes and needs of those they serve – and how to give ordinary citizens the right to be involved in, and the power to challenge, decisions that affect them.

You need to think about using mechanisms like citizen juries to improve, and make more legitimate, decision-making in complex areas with difficult trade-offs. And you need to look at the way in which central government takes key spending and rule-making decisions – often, as the Covid crisis and Brexit have both shown, in tiny cabals with no effective parliamentary or any other scrutiny.

These issues are not, and should not be, the preserve of lawyers and academics. Spellar’s argument is perhaps evidence that too often debates about our constitution are seen as lofty and abstract – and that is a failure of those who argue for reform. Although constitutional issues may appear dry, they are about ensuring decisions are made in local communities rather than Whitehall, the fair allocation of resource across our country and ensuring the vulnerable have a voice. In reality, as anyone who has spent any time in Labour Party politics should know, questions about rules are questions about power – and the left, surely, must always pursue an agenda to ensure that power is in the hands of the many, not the few, rather than ignoring constitutional issues because they are deemed too difficult or boring.

Spellar is right that the next election is not going to be won or lost on constitutional issues. But this also overlooks the rather obvious political imperative to engage in a constitutional reform agenda caused by the growing demand for Scottish independence. Moreover, to say voters are not interested in the minutiae of, for example, electoral reform, does not mean that the question of how open Labour is to constitutional change is irrelevant to how its programme and suitability for government are perceived.

Much voter scepticism towards Labour comes from a perception that it is often too controlling and ‘top-down’, giving people what it thinks is good for them whether they like it or not. For two groups of voters, Labour must win in 2024: those who voted for Brexit to ‘take back control’ after feeling ignored by London for decades, and more ‘liberal’ voters who may be tempted to turn to the Greens. A well-handled programme for decentralising power, increasing democratic scrutiny and enabling individuals and communities to control their destiny could have real political salience.

It is easy to sigh at the prospect of constitutional conventions, citizens’ juries, electoral reform and devolution. These are not pledge-card commitments that will necessarily get the heart beating that bit faster, although their importance to many Labour members and voters tempted to switch to the Greens or Lib Dems should not be overlooked. But they are of fundamental importance to building a progressive agenda that can win the next election and, upon entering government, change the country for the better. 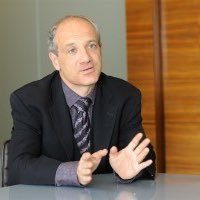 George Peretz QC is a barrister at Monckton Chambers.

View all articles by George Peretz