I am standing for to be Labour’s candidate for South Yorkshire Mayor because I want to deliver a brighter future for the community I live in. For me, politics is not just a career – it’s deeply personal.

Without the policies introduced by Labour, I wouldn’t be where I am today. In fact, there’s a chance I might not be here at all. You see, I’m not a typical politician. As a young child, I was raised in a home with domestic abuse, hiding under the bed with my sister more times than I want to remember.

I raised a child on my own on benefits, back when John Major’s Conservative government saw single mums as undeserving at best and moral calamities at worse. I was evicted out of my home and went on to live in social housing. Like many others, I’ve had to work hard to put food on the table and keep a roof over my head.

Now I run my own business, a beauty salon on the high street. I know the anxiety of wondering whether another recession, another set of cuts and, now, another lockdown could mean the end of something I’ve poured my heart and soul into for so many years.

I have little doubt that my life would have been different if Labour hadn’t swept into power in 1997 and transformed the country, giving more opportunity to people like me, who’d had a pretty tough start to life.

Labour’s investment in colleges helped me retrain and I went on to teach in further education. Labour’s business training support schemes gave me the skills to set up my own business on the high street. Labour’s Education Maintenance Allowance helped my son get to university. Watching him graduate was one of the proudest moments of my life.

Tories like to tell people that if you just work hard, you can get on. But anyone in South Yorkshire will know this is complete rubbish. Round here the pain runs deep for people who worked hard, from miners to steel workers, people who were made redundant and given no support to find another good job.

Not everyone can get a handout or leg up the career ladder from their mum and dad or family friends. The rest of us work our socks off, but also rely on our community and being given a chance. I was lucky to have an amazing and supportive family. My mum left my abusive father and married my amazing stepdad.

As a councillor for one of the most disadvantaged wards in Sheffield, I have seen the devastation the Tories have caused. A few months ago, I was speaking to a young mum in my ward, who said she didn’t see the point in going to college because “things like that aren’t meant for girls like me”. And it clicked. The walls aren’t just in the system, they’re getting into people’s heads again.

I remember feeling that way. When you’re told you can’t serve as a school governor because you’re a single mum, or when the business adviser says a woman like me can’t run a business, like I was. It grinds you down. Then you don’t get involved and the system never works for you.

That’s exactly why I am standing for mayor. So everyone has a brighter future. It isn’t just a catchy phrase. Making the system work for everyone is exactly what a Labour mayor should be doing. I want a skills revolution, because it will help people like the single mum in my ward finally get the break they deserve.

To stop families being kept apart and opportunities being impossible to access, we need to bring our buses into public ownership, so, once again, they are run in the public interest with workers getting a good deal.

Barnsley, Doncaster, Rotherham, Sheffield and all the villages deserve a mayor with vision and passion, but also one with a track record in delivery they can rely on. As a Sheffield council cabinet member, I delivered the first council house building programme in decades. Working with our trade unions, I improved council house quality by bringing repair services back in house.

When I was in charge of the council’s environment department, I led a commission to help the city combat climate change and become more sustainable, from active travel to green skills. I also introduced the Sheffield’s first electric car charging points.

My experience shows I can be trusted to deliver for the people I am standing up for. South Yorkshire is my home, born and bred. Labour is what changed my life. And now, as mayor, I want to give back to South Yorkshire and build a brighter future for every single one of us. 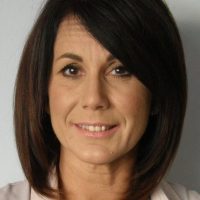 Jayne Dunn is councillor for Southey on Sheffield Council. She is standing to be Labour’s South Yorkshire mayoral candidate.

View all articles by Jayne Dunn