This month marks the second anniversary of the 2019 general election. Events since have thrown what came before into sharp relief, but it’s no exaggeration to say the election was a near-death experience for the Labour Party. We lost 59 seats and most of what remained of our moral and political credibility. The government, nine years into a stretch including austerity, after the resignation of two Prime Ministers and the illegal prorogation of parliament, found itself with a majority of 77 – the Tories’ biggest since Margaret Thatcher, gaining many new seats in places that had never been blue before.

Fast-forward to December 2021, our prospects under Keir Starmer are significantly better – and improved by the recent reshuffle of his frontbench – but we are still, essentially, a work in progress. Further change is needed, but of course change is not something that happens quickly in the Labour Party and not without effort.

Keir Starmer’s election as leader gave us both the hope that things could be better and the opportunity to start repairing the damage done to the party over the course of the last decade. Crucially, it gave us the spur to deconstruct and then reconstruct the infrastructural support available to mainstream members of the Labour Party (thus pre-empting the advice of Tony Blair by more than a year or so).

This is why Progress and Labour First came together in April 2020 to create Labour to Win: to pool and grow organisational know-how and capacity across the mainstream wing of the party. Labour to Win now has national executive committee and regional board successes under its belt, but its major organisational achievement has been supporting the leadership pass important rule changes at this year’s conference. These changes – raising the threshold for trigger ballots for siting MPs, increasing the proportion of MPs needed to get a candidate on the ballot in a leadership election and changes to the rules governing such contests – have put the party on a stronger, more sustainable footing going into the next general election.

These successes have helped reframe the narrative of Starmer’s leadership, and underline the sheer hard slog needed to overcome the degradations of 2019. They have also opened up the space to think seriously about who we are, what Labour stands for and what it wants to do in government in the 2020s and 2030s. This is why Progress and Policy Network came together earlier this year to form Progressive Britain. It was also an acknowledgment that mainstream party members, however we choose to define ourselves, have not offered a compelling vision for the country or the intellectual framework that sits behind that for some time. Competence and concern for effectiveness are vital, but they cannot and should not be the be-all and end-all of our programme.

While we know we don’t like Boris Johnson, and are not for Jeremy Corbyn, these facts don’t somehow automatically place us on a scale between each man either. And though we are part of an intellectual tradition that encompasses New Labour (with vital, often obscured, links back to other modernising traditions spanning the last century), we know we need to offer a new vision and solutions for a rapidly changing world.

Central to this is a political vision of economic and social life that connects the work we do, the places we live and the institutions that affect our lives. One that allows people to see themselves as contributing personally and collectively to the challenges we face, such as the climate crisis, and where they know in return a Labour government will support their aspirations – and where the economy will reward their labour.

You can see much more about our work and thinking for the year ahead in our new Progressive Britain 2022 work programme, and I urge you to have a look and consider getting involved. We don’t have all the answers and know a new vision, and a new future for the party, is going to be collaborative effort.

It’s a big challenge, and of course serious thinking is already being done on this inside and outside the party. As we saw with the reaction to Starmer’s and Rachel Reeves’ speeches at conference, the country is ready for new thinking on the economy and how it fits into all our lives. But there is always more to do, both intellectually and organisationally. 2019 could have been the end for Labour but we have a chance now to build a party and a vision that voters can believe in. 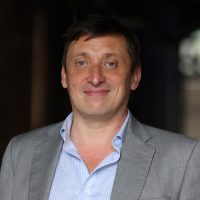