Trade unions have a long tradition of supporting learning and skills at work. One of the key debates at the TUC’s founding meeting more than 150 years ago concerned the need to improve the technical skills of workers. The case for investing in workers’ skills is as strong today as it was then – if not stronger. From its beginning, the union movement has constantly been innovating to provide tailored opportunities for workers to make the most of their potential, especially people who have been unfairly written off. The innumerable case studies on the TUC unionlearn website give a flavour of how union learning has transformed the lives of millions of adults.

The last two decades have witnessed a huge revival in union-led learning and training in workplaces of all types and sizes. It all began with a strategy by the TUC and its affiliated unions in the 1990s to build on growing grassroots union activity on skills to develop a new type of union rep  – a union learning rep (ULR) – dedicated to supporting skills and personal development. These efforts were significantly boosted by the Labour government’s learning age green paper which established the Union Learning Fund (ULF) in 1998. No one anticipated the sudden and inexplicable decision by the current government to end grant funding for the ULF last year, despite it being recognised as one of the most effective and value-for-money investments in engaging workers in skills development.

Reaching out to adults, engaging them in learning or training and sustaining them to attain qualifications and to progress further up the skill ladder are all integral aspects of the highly successful union learning model. The 46,000 ULRs trained to date are central to this and have pioneered support for learning and skills that would have simply been rejected or ignored if it came from management. Subsequent developments, such as union-led workplace learning centres and learning agreements negotiated with employers, further boosted the reach and impact of ULRs.

Independent evaluations reflect this success. They show that 70% of ULF learners say they would not have engaged in the learning or training on offer without the active support of their unions and ULRs. More than two-thirds of ULF learners with no previous qualification gained one for the first time through the fund. At its peak, the ULF supported 250,000 employees into learning and training every year, and the original offer was greatly broadened over time to cover a wide range of opportunities for adult upskilling, retraining and apprenticeships. The OECD, a massive range of leading employers and many other stakeholders have hailed the ULF as one of the most effective initiatives at helping those workers least likely to access learning and training at work.

Scale of the skills challenge

Unionlearn responded rapidly to Covid-19, including launching a [email protected] resource to promote a range of online learning and training opportunities for workers on furlough or working from home, with 10,000 workers accessing this learning route within its first couple of weeks. ULF projects adapted quickly to respond to workers’ training and development needs during the pandemic, including making the case for sustaining apprenticeships and avoiding apprentices being made redundant. We now need to adapt and innovate the union learning model in the face of other major challenges impacting on our economy and society.

Supporting a rapid transition to net zero, retooling and reskilling our carbon-intensive industries and boosting green jobs are high priorities, as are strategies to make sure developments in flexible working, automation, digitalisation and artificial intelligence are of equal benefit to workers. These and other challenges are going to require a revolution in upskilling and retraining of the existing adult workforce. For example, the Green Jobs Taskforce estimates that one in five jobs in the UK (approximately 6.3 million workers) will be impacted in order to achieve net zero.

The union learning model is seamlessly suited to reaching out to the rapidly growing number of workers at risk of displacement, who will need access to highly tailored learning and development. Relatively sophisticated digital skills will increasingly become a basic workplace requirement, and ULRs have great experience of helping progression in this area. The TUC and unions will accelerate innovations in training union reps and delivering workplace learning through a wider range of media over the coming years, in response to digitalisation and increased levels of flexible working.

The expanded role of unions through the ULF and ULRs was not matched by parallel advances in collective bargaining and social partnership arrangements on skills. A TUC review of the progress on union learning under the last Labour government concluded that there was little shift in the balance of power on collective bargaining because of a failure to change employment law or to grant unions statutory rights to bargain on training.

There were moves to try and instil social partnership at the sector level through sector skills councils and sector skills agreements. However, these were a long way off the genuine tripartite arrangements covering training found in many other European countries. In the UK, such agreements are now largely confined to the public sector, such as the NHS agenda for change, which includes a knowledge and skills framework.

Numerous OECD reports have highlighted the benefits that accrue to economies and societies from strong collective bargaining and effective social partnership on skills. This was also a key finding of the Industrial Strategy Council in one of its final reports. But, since 2010, things have gone backwards. The latest skills white paper marks a new low point, making no reference to unions at all. It is worth noting that dialogue between unions and employers on skills and continued government funding for union learning has continued in Scotland and Wales.

Looking to the future

The scale of the skills crisis requires urgent action, and the TUC is calling for a number of reforms to empower more workers to upskill and retrain. This could be achieved fairly rapidly by expanding existing skills entitlements and establishing a new ‘right to retrain’. These entitlements should be incorporated into lifelong learning accounts and accompanied by new employment rights, including a right to paid time off for learning and training for all workers. Union learning reps would be at the ready to empower workers to take advantage of skills opportunities under such a framework.

The Labour Party has developed some positive proposals to strengthen the role of unions to promote quality learning and skills. The fair pay agreements in the workers’ rights green paper would give employer and union representatives the right to negotiate on other key issues, including training, as is the norm in many other countries. There is also an opportunity to build on the work that combined authorities – in collaboration with unions and employers – are doing to link skills strategies with fair employment charters and quality jobs. Another objective should be to consider policy measures to drive up bargaining on skills in individual organisations and workplaces.

In a changing world of work, investing in skills is vital to equip workers to stay in and get on at work. We are a long way from achieving lifelong learning. If we are to get anywhere near the “high-skill, high-wage” economy to which Boris Johnson referred, then we need to act much more urgently and on a much larger scale to enable working people to learn while they earn.

The role of union learning going forward should be widened and integrated with a revitalised collective bargaining agenda on skills. Union-led projects, supported by the ULF and unionlearn, would have the capacity to deliver on skills strategies and priorities agreed by employers, unions and government nationally and locally, and at sectoral and workplace levels. Technological developments will revolutionise how unions can engage with workers to support skills, and the TUC and unions are already engaged in developing cutting-edge initiatives. However, union learning reps will remain the backbone of the union learning model going forward and continue to give workers the confidence and support they need to change their lives through learning and training. 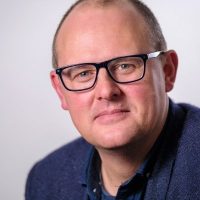 View all articles by Paul Nowak