The City of Westminster, like our ward Lancaster Gate, truly is a tale of two cities. An abundance of wealth and affluence co-exists alongside pockets of extreme deprivation and vulnerability. Although one of the richest councils in the UK, 40% of children in Westminster still grow up in poverty. Despite the Conservative slogan, this is not currently a city that works ‘for all’.

At the heart of a smoothly organised campaign we had a keen focus on local issues, enthusiastic candidates and activists and an ambitious vision for a fairer borough.

Westminster was the first council in London to select its candidates – in spring/summer 2021. This allowed us to embed ourselves within the ward, build a personal presence and to help people with casework their Conservative councillors had been neglecting. By the short campaign, we could point to ways we had helped individuals in every area of our ward. We both became councillors as we wanted to help people and, as candidates, we could already say we had achieved this.

The relatability of our candidates further helped. Following the previous elections, Westminster was the worst council in the country in terms of ethnic minority representation compared to its community. Labour offered the most diverse slate of candidates in memory, with the resulting elected Labour members being 50% women, over 30% from ethnic minority backgrounds, and all age groups represented. A group that truly represents Westminster’s diverse community.

Crucially, we set out our vision for a fairer Westminster in our comprehensive manifesto. A council that properly consults and engages with residents on decisions, that embeds climate action in everything it does, builds truly affordable housing for the community, provides opportunities for young people and keeps the area safe. All while freezing council tax to help with the rising cost of living, and spending residents’ money more efficiently.

Some credit for our success must also be attributed to the Conservatives’ failures. The national picture and personal unpopularity of Boris Johnson was a theme that emerged throughout our year-long campaign. Numerous long-standing Conservative voters expressed at best apathy and at worst disgust with the current leadership. This, along with our local Conservatives’ disastrous and wasteful £6m Marble Arch Mound project, approved amidst many other cuts, played a factor locally. We even saw some Conservatives switch to Labour for the first ever time.

Our success in Lancaster Gate and Westminster showed that the fundamentals of local elections remain local issues, hard-working candidates and even harder-working organisers and activists. But above all, what won us this election was one thing, something the local Conservatives did not offer: hope. Hope for a fairer Lancaster Gate. Hope for a greener Westminster. Hope for a council that will put residents first, always.

We won by allowing residents to hope, and by setting out our vision. Now we have the joy of implementing it in Labour-ran Westminster. The real work starts now. 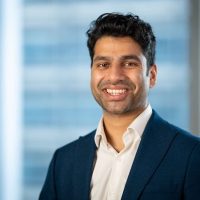 Ryan Jude is a Labour councillor in Lancaster Gate ward ward, Westminster City Council. He is the deputy cabinet member for climate action and biodiversity.

View all articles by Ryan Jude 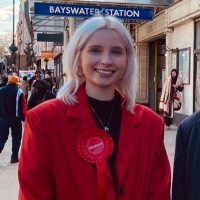 Ellie Ormsby is a Labour and Co-operative Party councillor in Lancaster Gate ward, City of Westminster. She is the deputy cabinet member for finance and procurement and the council’s armed forces champion.

View all articles by Ellie Ormsby