Gordon Brown’s commission has published proposals to devolve power and bring economic growth to the towns, cities, regions and nations of the UK. There is now clear water between the Conservatives’ ailing ‘levelling up’ agenda and the Labour alternative. There is a reason both parties have put regional inequality right at the top of their list of priorities: it is a major problem that affects people’s lives every day.

We are the most divided high-income country of our size on health, job creation, income and productivity. And it is politically important, because neglected towns across the North, the Midlands and Wales will decide the next election. The competition is fierce, and it is now advantage Labour. Three things distinguish Labour’s approach from that of the Conservatives to date.

First, Labour puts substance over style. The party puts the policies first, slogans second. This pre-election policy offer is a major break with Labour’s record in opposition. Since 2010, Labour’s devolution and regional development proposals have been thin, to say the least; it was often just a couple of tokenistic sentences tucked away in the manifesto. Even the 2019 offer lacked true radicalism, albeit packaged in the language of revolution.

Never one to miss an opportunity, in 2019 Johnson threw a slogan at a serious issue. Alongside ‘get Brexit done’, the Conservative Party manifesto promised to ‘unleash Britain’s potential’ – and ‘levelling up’ was Johnson’s signature policy agenda.

The 2022 white paper finally put some flesh on those bones, but this was more of an extended philosophical think piece. Where was the concrete policy agenda that will improve people’s lives? Where was the new spending needed to make it a reality? Where was the root and branch reform of power needed? Nowhere to be seen. The Conservatives went into the 2019 election with a slogan, Labour will go into the next election with the results of a consultation on this commission’s 40 policy proposals.

Second, Labour brings partnership, where the Conservatives bring division. The past 12 years of government have been incredibly divisive. Austerity, Brexit, Covid and now recession have clawed open longstanding divides that feel ever wider.

The Conservatives’ regional development policies exemplify this divisive approach. They have been consistently dismissive and patronising of the devolved nations, and of councils and mayors in England. Meanwhile, they have pitted areas against one-another in debasing competitions for scarce development cash.

Labour proposes formalised partnerships instead. They propose partnerships between government and businesses, unions and other stakeholders who have an interest in growing local economies. But they also outline a collaborative approach between central and local government, and across whole regions. This is a far more effective way to use scarce resources. Evidence shows that these partnerships are how we really ‘unleash Britain’s potential’.

Third, Labour draws on the contribution of all places and sectors, not just cities. The Conservatives’ white paper was built on the weak foundations of ‘unleashing’ growth in big cities by deregulating and increasing skills so that business services and property can benefit. Sunak has shown a similar inclination with his signature free ports agenda – which experts agree were an expensive gimmick, and had to be reformed beyond all recognition to actually be implemented.

Labour knows economic development is more than that. The party knows that cities aren’t islands; they are connected to towns and villages as part of whole regions. The party knows that business services… serve businesses, including manufacturing, and that the UK’s regions have a more diverse offer than simply what takes place in the City of London. Good policies work across sectors and geographies to get the most from all the assets we have.

The differences between the parties will likely persist, though the Conservatives may try to play catch up by the next election, filling in the major blanks in their thinking and their record of delivery. True to form, Labour will now spend more time and energy developing these proposals. And to deliver real change in government, it will need to put some more flesh on these bones. The party will need to show how regional development banking will be sustained and how central government can support places to re-regulate their buses, for example.

Fiscal devolution will need to be a part of the offer, but it must be squared with redistribution. These aren’t easy things to do, but they are the right things to do. And Labour should step up to the challenge. The Fabian Society’s commission on poverty and regional inequality will have some ideas.

Come the next election, it looks like all the Conservatives will have to show for their levelling up agenda will be hanging baskets and broken promises. Labour will be offering something much more substantial. But, if Labour wins, it must learn from the Conservatives experience – the party must get on and deliver, or risk letting people down once again. 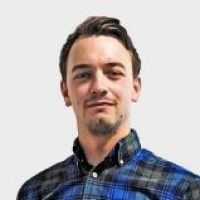