In recent days, Ed Miliband and Douglas Alexander have made numerous statements on the violence that has engulfed Gaza and Israel (here, here, here and here). In recent days, Miliband has ramped up the pressure on David Cameron, calling on the Prime Minister to condemn both sides in the conflict. Today, Miliband has been criticised by the Jewish Leadership Council for his comments. In a statement this evening, they said they that were “deeply concerned” by Miliband and Alexander’s comments and pointedly notes that they “hope that such an important matter will not be used to create domestic political points of difference”. A similar statement has also been released responding to recent comments from Nick Clegg. Here’s their full statement in response to Miliband:

“We are deeply concerned at the statements made by the Leader of the Opposition and the Shadow Foreign Secretary on the situation in Gaza.

We share his deep concern for the tragic loss of life of innocent Palestinians living in Gaza. But it is not credible to suggest that the situation can be resolved simply by calling for a cease fire, when over recent weeks Hamas, has brazenly breached six  ceasefires, each accepted and observed by Israel, and abused them to perpetrate further attacks

Similarly the assertion that Israel is entitled to engage in aerial attacks on Gaza but not a ground incursion is not credible. Israel could simply not have left scores of deeply-dug attack tunnels unchallenged, waiting for the time when Hamas might choose to activate them – reportedly a mass casualty infiltration into Israel planned for the Jewish New Year. We are sure that it can not be Mr Milliband’s contention that this deeply embedded infrastructure should be attacked solely from the air.  An  approach like this, while similar to that adopted by other western militaries, would require the use of far greater ordnance and result in significantly greater risk for the people of Gaza.

Finally, an honest assessment of the situation would recognise the responsibility of the international community for the tragic state of Gaza. The aggressive militarization and arming of Gaza since Israel’s withdrawal in 2005 has taken place in clear violation of the Israeli-Palestinian agreements, while  the provisions of the United Nations Security Council resolution, spearheaded by the  last Labour government, to prevent the trafficking of weapons to Gaza, have been entirely unfulfilled.

Political leaders in the United Kingdom have an important role to play in bringing about a sustained end to the current violence and a demilitarization of the Gaza Strip. This is a critical issue and we hope that such an important matter will not be used to create domestic political points of difference.” 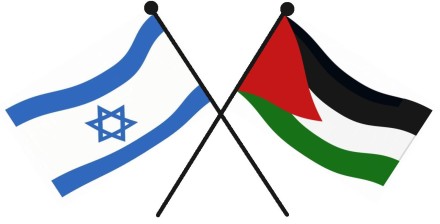 Meanwhile, Labour figures are still highly critical of both Hamas and Israel’s actions in Gaza. Shadow Foreign Secretary Douglas Alexander released a statement this afternoon saying that “the continued killing of civilians and children in Gaza in recent days represents both a moral failure and a strategic error” and  Hamas “must cease firing rockets into Israel and digging tunnels to facilitate the murder of civilians”. Here’s Alexander’s statement in full:

“Any ceasefire – even a temporary one of a few hours – in this conflict is to be welcomed, but the human suffering caused by this violence endures.‎ Three weeks ago, in the House of Commons, I warned that a ground incursion by Israel would be a disaster for the peoples of both Gaza and Israel, and represent a strategic error for Israel. Overnight, the world rightly reacted with outrage to the latest sickening deaths of Palestinian civilians seeking shelter inside a UN school in Rafah.  The continued killing of civilians and children in Gaza in recent days represents both a moral failure and a strategic error.

“Over 1,800 Palestinians are reported to have been killed and more than 9,000 injured, with tens of thousands more made homeless, without basic access to water, electricity, and food. During the same period, three civilians in Israel and 64 members of the IDF have lost their lives. Today’s latest news both of a reported terror attack in Jerusalem, and reports of the tragic death of a British aid worker in Gaza only confirms the suffering that continues.

“Hamas display no regard for human life and must cease firing rockets into Israel and digging tunnels to facilitate the murder of civilians. But sustainable security for Israel cannot be achieved simply by permanent blockade, aerial bombardment and periodic ground incursion. Instead, it requires acknowledging that Palestinian statehood is not a gift to be given but a right to be recognised, and sustained efforts must be made to move beyond a profoundly unjust status quo.”