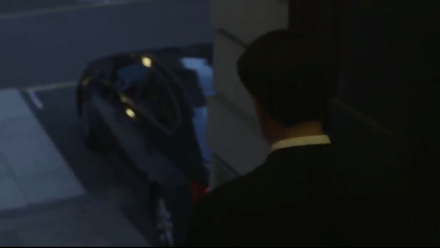 Ed Miliband’s difficulties may only be beginning, rather than ending, on May 8th. Left wing Labour MP John McDonnell warned on Monday that he and “30 to 40” other backbenchers would vote against a Labour Budget if it involved spending cuts.

There is by this point no doubt that a rebellion of this kind (and, probably, even half that size) would scupper any chance of carrying a Budget, regardless of whether Labour had a small majority, were in a coalition, or were a minority government with support of other parties. A government unable to win a vote on its own Budget would face crisis of legitimacy: unless it could prove it had the support of the Commons, it would likely fall.

Miliband and Balls will not put forward a spending plan for the next parliament that does not include a serious reduction. These cuts are likely to be top-ended towards the first few years, allowing for a different strategy towards the next election. The IFS says under Labour plans cuts could cease as soon as next year.

McDonnell was one of 15 MPs to sign a letter in January calling for a fundamental shift to Labour’s economic strategy. So how likely is this revolt to actually happen?

Well, let’s start with the number. Between 30 and 40 seems very optimistic for a rebellion of this nature. Many will be new MPs, and they will all know the potential consequences of their actions. I cannot imagine that even some of those names on January’s anti-austerity statement would actually block a Labour Budget in a hung parliament.

Plus, McDonnell may not be the best judge of mood in the Parliamentary Labour Party. His leadership ambitions in 2007 and 2010 both times fell short because of a failure to attract the support of enough fellow MPs. His stewardship of the Socialist Campaign Group, the Labour Representation Committee and the Public Services Not Private Profit Group demonstrate that he might suffer a little from existing within an echo chamber in Westminster, which could lead to a skewed view of how popular his views are.

Neither are the Labour left the most organisationally deft: January’s anti-austerity letter misnamed one MP as a signatory. The march that took place in Liam Byrne’s constituency this weekend, aimed at pressuring Labour into backing free education, came a full four weeks after the party revealed its HE funding pledge – despite having gone almost five years without a definite manifesto policy on the issue.

In the event of a minority Labour Government, the SNP would plan to walk away from supporting the Budget, citing an inability to vote for cuts and decrying Labour as “red Tories”. Labour MPs doing the same would lend legitimacy to the Nats’ claims.

And, as McDonnell himself seems to confess, and Sunny Hundal argued well last week, the Tory and Labour economic plans are not similar. Policies such as the Mansion Tax are, as McDonnell correctly asserts, a “staggering” shift from New Labour. A Tory Budget would look very, very different to Miliband’s.

However, we could be seeing the left grow in confidence. As other parties start to set out their battle lines for post-election discussions, so to does the PLP. The Labour Party is already, and has always been, a coalition, and post-May 7th Ed Miliband could have to start offering concessions to his left flank in the same way he will to other parties.