With the general election drawing ever closer, it is important for the Labour leadership to examine the record of those centre-left governments across Europe that have managed, in the face of considerable economic difficulties, to put their social-democratic principles into practice. Doing so would not only provide a Miliband premiership with worthy models to emulate, but would also enable it to chart a progressive course in office, one that will allow Labour to realise a broad range of social justice measures while also remaining fiscally responsible. One such government that has successfully pursued such a strategy is that of the Italian prime minister, Matteo Renzi. 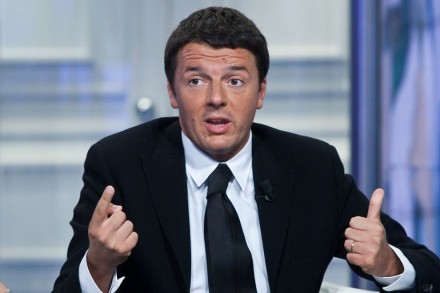 Regarded as an economic moderniser in the same vein as Tony Blair, Renzi assumed the role of Prime Minister last February with promises to cut bureaucracy, reduce taxes on business, and liberalise the country’s labour markets to improve Italy’s long-term economic prospects. There is also, however, a strong social dimension to Renzi’s political programme, one which offers a glimmer of hope for those who wish to see Europe break free from the shackles of austerity and move along a fairer path towards growth. Not only has Renzi openly criticised the emphasis on austerity across the EU, but as Prime Minister has already introduced a range of Keynesian-style measures aimed at enhancing people’s spending power and kick-starting the Italian economy. Last year, tax cuts were introduced for 10 million people earning between 8,000 and 26,000 euros per annum, a measure that boosted consumer confidence to its highest level in over four years. The budget for this year includes various measures aimed at energising the economy, such as a new research and development tax credit and social contribution breaks for businesses, with the latter measure credited with providing some 275,000 people with permanent employment contracts in the first two months of this year.

Nearly two billion euros have been provided for renovating public housing and for constructing new units, while provision has been made for the introduction of a cash bonus for parents with children up until the age of three; a notable expansion of family welfare provision that progressives have much to celebrate about. Although the 2015 budget includes 15 billion euros worth of expenditure cuts (arguably a reflection of a government commitment to bring down the budget deficit), the fact that it also provides further tax reductions for low-income earners and €1,000 purchase vouchers for mothers with four or more children below a certain threshold arguably demonstrates the Renzi Government’s apparent unwillingness to sacrifice egalitarian ends for the sake of saving money.

In Matteo Renzi, Ed Miliband and the Labour Party may have found a model worth aspiring to. Renzi has not only demonstrated how possible it is to achieve social-democratic reforms under difficult economic circumstances, but also that fiscal prudence need not be at the expense of social compassion. With Labour promising to lower the deficit while delivering enlightened reforms in such diverse areas as childcare provision, paternity leave, and unemployment compensation, Ed Miliband could very well adopt a similar approach to that of Renzi’s if he enters 10 Downing Street after the May election. For Miliband’s Italian counterpart, time will tell if Renzi succeeds in fulfilling his ambitious agenda or not, but if he does, and ensures that his government implements economic reforms that do not impact negatively upon the lives of the poor but instead do much to improve them, then Matteo Renzi will be remembered in years to come not only as the man who helped turn Italy’s economy around, but as one of the leading social-democratic reformers of modern times.

View all articles by Vittorio Trevitt