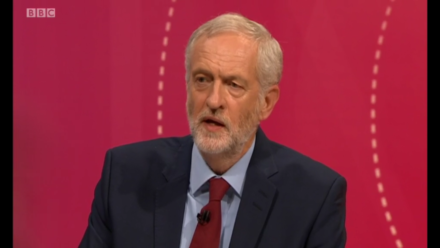 The Labour leader, who marks one year in the job today, accused Theresa May of being a “deeply ideological” prime minister as he said his party could repeat its success over the Cameron’s government u-turn over plans for the forced conversion of all state schools into academies.

Corbyn delivered the upbeat message when he spoke at the general council dinner of the TUC’s annual congress in Britain.

“The education system illustrates the very real divide between Labour and the Tories. We have a deeply ideological Prime “Minister pushing for the expansion of grammar schools.

“Just as we turned them back on forced academisation, together we will defeat their plans on grammar schools.

Despite trailing the Tories in the polls consistently over the past year, Labour has forced ministers to change tack over a series of key policies such as academies, tax credits and cuts to disability support payments.

Corbyn tonight attacked May for pressing ahead on grammar schools at the same time as doing “nothing” over cuts to schools budgets, a shortage of teachers and rising class sizes.

“We all have a stake in ensuring no child is left behind – that we have an education system and an economy that works for everyone”.