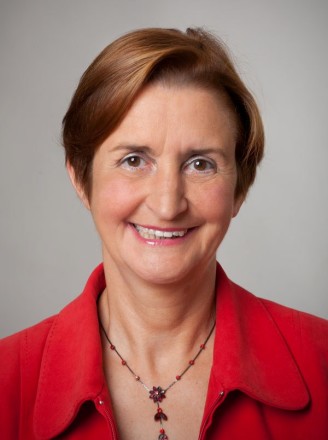 Jeremy Corbyn has appointed appointed an opponent of Trident as shadow Defence Secretary as a replacement for Clive Lewis.

Nia Griffith takes over from Lewis, who has been moved to shadow Business Secretary as part of Jeremy Corbyn’s latest reshuffle.

Griffith, a long-time critic of the nuclear deterrent, was one of many to quit the shadow Cabinet in the aftermath of the EU referendum but returned last night.

Lewis was expected to be moved after an unhappy episode at conference when he apparently punched a wall in anger after his speech – in which he had planned to say he would not seek to change Labour’s policy to renew Trident – was changed at the last moment by Seamus Milne, Corbyn’s communications chief.

“This is one of the most challenging times for our country, and I want to set out policies that are central to Labour’s vision for 21st Century Socialism,” Lewis said.

Sir Keir Starmer has been named shadow Brexit Secretary, which allows Emily Thornberry to concentrate on the role of shadow Foreign Secretary.

Starmer, a former Director of Public Prosecutions, is another who quit in the wave of summer resignations but agreed to return to the frontbench after Corbyn won a second landslide in the leadership contest.

“Keir brings vital experience to this role at what is a crucial time for Britain,” Corbyn said.

You can follow all the developments on the LabourList liveblog.