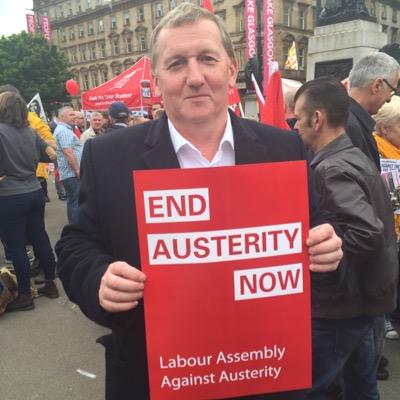 Scottish Labour’s deputy leader has said that the party’s position on the UK must change to end associations with the Tories.

Alex Rowley has raised questions about the unionist position of the party and suggested that Labour should instead be pushing for a federalised UK with Scotland within it. He said that this was the only way to deliver the radical change needed for Scotland, by adopting a strongly socialist and home rule platform.

He said the status quo situation of a union dominated by Westminster could not deliver for left of centre Scots who wish to see social and political change.

But a spokesperson for Scottish Labour denied that Rowley’s comments revealed a constitutional rift between him and leader Kezia Dugdale.

Despite reports of a row at the top of the party, the federalised proposal does not seem far from Dugdale’s position. She, alongside other devolved Labour leaders, called for a more federalised Union to prevent inequalities from forcing the Union to fracture in a statement on constitutional reform following a speech by Gordon Brown. She also highlighted this as the only way to deliver for each region and deliver Labour priorities.

Rowley said in a blog post: “I have been a member of the Labour Party since I was in my teens, more than 30 years, and I have never considered myself a Unionist, and yet Scottish politics has, since the independence referendum, been increasingly defined in terms of these narrow ideologies of Unionism and Nationalism and sadly this is how political parties in Scotland are viewed.”

“The Tories have always been Unionists, the clue is in the name Conservative and Unionist and the SNP similarly are for nationalism, and their ultimate objective of independence something Nicola Sturgeon says ‘transcends Brexit, oil and the economy’.”

“I do not think Scottish Labour can accept that Nationalist ideology is more important than our commitment to reducing inequality, developing our economy and fighting for social justice.”

“Just as we cannot accept that the status quo in the form of Westminster and Whitehall can deliver the kind of society that we want to achieve for our country and the rest of the UK. Labour is neither Unionist nor Nationalist.”

“And as Kezia and Alex have both said, following the Brexit vote there is a big debate to be had about powers coming back to either Westminster or Scotland.”

“As Kezia said in a speech earlier this month, we will play our full part in discussions about renewing our United Kingdom, and as Alex points out, the Tories and the SNP have no interest in positively binding our country together.”

“We are the only party that doesn’t just believe in the United Kingdom, but believes in it as the best way to redistribute power and wealth across these islands.”

“Any suggestion that Labour MSPs are at odds on this is factually inaccurate.”