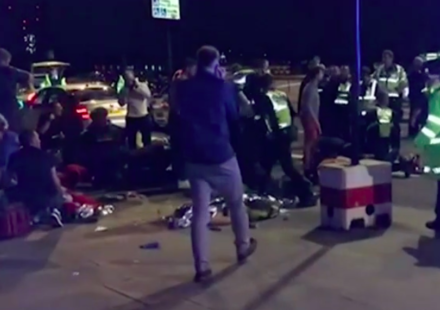 Britain has suffered three terrorist attacks in the last three months. Within hours of the latest attacks in London, standing outside 10 Downing Street, Theresa May said “enough is enough”.

Searching for answers, many have blamed the cuts in police numbers and the security service for letting known extremists off the radar. The cuts, as Jeremy Corbyn, Sadiq Khan and others have argued, had a negative impact on the police and the security service in their fight to keep the country safe; but we must understand that Islamic extremism is not entirely a policing or security issue.

The job of the security service and the police is to track terrorists and prevent attacks. The focus on police numbers and seeing things through a security prism only blinds us from the fact that the Islamic extremism is an ideology. Fighting and defeating the ideology is not entirely a security issue. We must fight the ideology and the monsters it breeds, in tandem.

After every attack, eyes turn to the Muslim community and their leaders. They are asked to do more, as if they are bearers of some magic wands. But this approach is naïve and simplistic. There is no such a thing as a Muslim community or a Muslim community leader. Muslims are not a collective homogeneous whole. There are hundreds if not thousands of communities of Muslims; extremism is not an issue for all of them.

To fight and defeat Islamic extremism, we need a change in our approach. Sunni Muslim communities must be helped to fight and eradicate the hateful but well-resourced Salafi/Wahabi influence on their faith. For too long, they have been reluctant to reject Salafism and its poisonous impact on their families and communities. Salafism is thought to be the fastest growing Islamic sect in the UK. This should worry us all. For the fight against Islamic extremism to succeed, we must curtail the growth of Salafism.

We are too reliant on the so called “community leaders”, majority of whom are self-appointed men with little or no links and influence among the communities they claim to represent. For any anti-extremism policy to succeed, it must bypass the sectarian groups and their leaders and reach out to the Muslim families at the grassroots level through other means. Working through organisations such as the MCB, which at its AGM did not even discuss radicalisation, has proved futile. Such organisations and the people who lead them are themselves part of the problem.

Bypassing the so called community leaders and their often nominal organisations enables us to engage with the diverse communities and better understand the impact of radicalisation and extremism on families and young people. There is huge disconnect between the Islamic organisations, their leaders and the Muslim communities. For example, a report by the Policy Exchange found that under two per cent of British Muslims feel represented by the MCB.

Islamist ideologues often operate outside the traditional community networks and mosques. But their ideas are spread through textbooks and teaching methods in religious schools known as madrasas. It is well documented that the unregulated madrasas, as the chief inspector of schools, Sir Michael Wilshaw, has put it, are a “serious and growing threat”. Madrasas are perfect breeding grounds for Islamic extremists. Unless these ungoverned spaces are properly regulated, there can be no hope of defeating the ideology. To leave madrasas without proper oversight is to betray young Muslim children.

The Labour Party should advocate and argue for a change in the relationship between the Muslim communities and the state. It should champion a change in approach in fighting Islamic extremism at the grassroots level. It should help and give a stronger voice to moderate Muslims who are at the forefront of this fight and are under constant attacks by the extremists. Muslim families are no different in their hopes and aspirations. They must be treated as equal citizens, outside the traditional failed networks of the so called community leaders.

Despite all the myths peddled by groups such as Cage and others, the Prevent programme must be strengthened in reach and scope. Government departments, the media and internet companies must work together through a well-coordinated long-term anti-extremism campaign which should bypass the traditional links to Muslim communities. Not every extremist commits acts of terror, but every extremist contributes to the making of a terrorist.

View all articles by Rohullah Yakobi