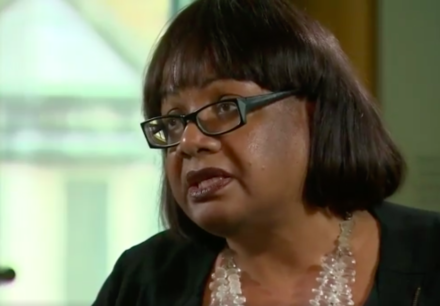 Diane Abbott has given her take on Labour’s Brexit position, saying that the party is not ruling out the option of staying in the trading bloc after Brexit.

Speaking on BBC’s Newsnight programme, the shadow home secretary laid out Labour’s position on Brexit as she also criticised the Tory approach to immigration.

She said: “we are not at this stage taking any options off the table” on Brexit. This comes after Jeremy Corbyn on Sunday said that a Labour government led by him would exit the single market, but John McDonnell seemed to soften this position when campaigning in Wales.

Carwyn Jones, Labour’s leader in Wales and Welsh first minister, urged a bid to stay in the trading bloc. Keir Starmer, shadow Brexit secretary, clarified that Labour would not “sweep options off the table”.

In our weekly survey, LabourList readers showed a clear backing for a pro-single market position from Labour.

You can watch the full interview below: