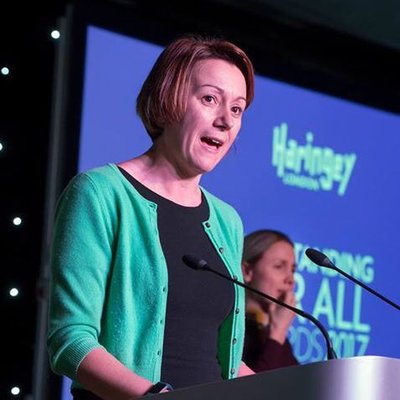 The Labour national executive committee (NEC) intervention into Haringey, and the resignation of council leader Clare Kober, have inevitably been framed as a battle between Momentum and “moderates”. Some of the protagonists on both sides certainly see it that way, but we should take a longer-term perspective.

I hold no brief for or against the Haringey development vehicle – I have not studied it in detail and I do wonder whether everyone who expresses strong opposition or support has either.

I do know that many Labour councils have set up public-private partnerships to move ahead social housing and economic regeneration. The deals are generally hard to negotiate, difficult to get right, and have real risks. Few Labour councillors would not prefer an unconstrained ability to raise funds and build on their own account. But sometimes doing something imperfect is better than doing nothing.

The NEC has clearly signalled its willingness to intervene in the decisions of elected local English Labour councils to protect the “rules and policy” of the party – although which rules and policy have been broken is less clear. It’s very unlikely that Labour’s British NEC would dare to do the same to Wales or Scotland.

A moment’s thought reveals it will be quite impossible to monitor all the actions of all Labour councils and second guess local decisions. What we have is arbitrary intervention in a borough in the middle of a political row and a desire to exert authority from the centre. Of course, in a London dominated, London-centric party, surrounded by a mainstream and left media that are both London-focussed, it’s no surprise that is a London borough in the spotlight.

But, before we think this is something new, let’s remember our history. It’s not the first time that London-based politicians have told Labour councils to wait for a Labour government before they try to improve the lives of local residents. It was Ed Miliband and Ed Balls who rushed to the north-west in 2014 to slap down Manchester councillors for daring to sign a devolution deal with George Osborne: even though the deal was with the combined local authority set up by a Labour government and most of its key features were actually Labour policy. To Labour’s national leadership it was more important to maintain the symbolism of opposition politics than improve things on the ground. Quite rightly, local Labour councillors took no notice.

Go back further and we find that the 13 years of Labour government from 1997 to 2010 failed to deliver any significant devolution of power or resources to England (outside London, of course). This was despite massive constitutional reforms in every other area of government. Having spent much time last year talking to those involved – and reflecting on my own experience -, I’m clear that this was a failure of the party as a whole, not of a few people at the top. The minority of genuine decentralisers were constantly thwarted by a party dominated by centralist traditions. Even the local councils who complained were often more interested in increased funding from the centre than a coherent plan for change and local democracy.

So yes, Haringey is in part a factional battle, and in part a genuine disagreement over policy. But it also reflects Labour’s long tradition of political centralisation.  Our 2017 manifesto said that Labour “is the party of devolution”. In England at least, that is truer of our rhetoric than our practice.

This should really matter to anyone who wants to see radical change. The huge local and regional disparities we see across England are not a simple failure of Whitehall policies. Failure is inevitable if you try to run everything from Whitehall. It is only empowered local leadership, accountable to local people and not national bureaucracies – whether civil service or party – that can lead the change that is necessary.

It’s because the NEC’s intervention is so symptomatic of Labour’s history that we need to sort this out. Labour can’t afford to go into the next election with vague promises and warm words on devolution. One of the reasons we need an English Labour manifesto, drawn up with English Labour members, is to shape our policies for the overnance of England. Let English Labour members decide where power should lie and there will be less temptation for the national executive to act in the way we saw last month.

John Denham is director of the English Labour Network and leads the Centre for English Identity and Politics at Winchester University. He is a former communities and local government secretary.

John Denham is director of the Centre for English Identity and Politics at Southampton University. He is a former cabinet minister and was a Labour MP from 1992 to 2015.