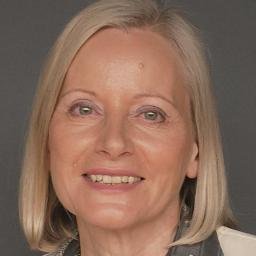 Eddie Izzard is expected to now take up her place on the party’s ruling body as he came fourth in the recent NEC elections. The comedian and Labour activist ran as an independent but is widely seen to be a Corbynsceptic.

In a statement, Shawcroft said: “It has been a privilege to serve on the Labour Party national executive committee for the last 19 years, and I was standing down in September in any event. I have, however, decided to resign with immediate effect.

“It is clear that my continued membership of the NEC has become a distraction for the party and an excuse for endless intrusive media harassment of myself, my family and friends.”

She added: “I reaffirm my complete opposition to anti-Semitism and my abhorrence of Holocaust denial, and support all measures to tackle this within the party. I pledge my full energy to securing for our country the Labour government under Jeremy Corbyn that it needs.

Richard Angell, director of Progress, commented: “It is welcome that Christine Shawcroft has come to the conclusion that her actions mean she can no longer sit at Labour’s top table.

“Her continued presence prevented Labour having any credibility that it has a ‘zero-tolerance’ attitude to antisemitism.”

The Momentum director resigned as chair of Labour’s disputes panel earlier this week after it was revealed she sent an email on Sunday backing a party member who had recently been suspended over alleged antisemitism.

Shawcroft claimed she had not seen suspended council candidate Alan Bull’s Facebook post, which shared an article titled “International Red Cross report confirms the Holocaust of 6m Jews is a hoax”, before sending an email in support of his reinstatement to the party.

She apologised for the email, saying she was “deeply sorry”, and called Bull’s online post “abhorrent”.