The EU poses no threat to a Labour government’s plans to bring rail, energy, the post office or water back into public ownership – but post-Brexit trade deals most certainly do. That’s the opinion of top City law firm Clifford Chance, which has produced guidance for investors about how they could challenge nationalisations that they regard as ‘unfair’ should a Labour government come to power and carry out their 2016 manifesto promises.

The briefing looks at what investors in former public services can do in the event that Labour doesn’t give them the compensation they want when they take these services back into public ownership. They find that EU law isn’t likely to be helpful: “The obvious point is that EU law did not prevent the nationalisation of Northern Rock in 2008.” They’re clear – EU law does nothing to prevent nationalisation or increase the compensation paid to investors: “If anything, the state aid rules may effectively cap that compensation, by preventing payments to business investors that exceed the price that a private sector buyer would have paid.”

They also look at European human rights law. The EU Charter of Fundamental Rights and the European Convention on Human Rights both see ‘property’ as a human right, albeit a limited one, but neither is likely to provide much succour to big business. Where, then, can these poorly treated financiers find hope? Well, in an obscure part of trade and investment deals called ‘investor state dispute settlement’, or ISDS, which is set to become a much bigger deal after Brexit.

ISDS was a deeply controversial element of the proposed EU-US trade deal TTIP, defeated by public campaigning two years ago. Essentially, it allows special ‘courts’ to be set up through which big business in one jurisdiction can sue a different government for treating them ‘unfairly’. While these corporate courts have existed for decades, there has been a major push in recent years to expand the definition of ‘unfair’ to cover pretty much anything a government might want to do in order to protect the public or the environment.

It’s under precisely this system that Australia was sued by tobacco giant Philip Morris for its proposal to put cigarettes in plain packaging. Egypt was sued for increasing the minimum wage. Canada was sued for trying to protect air quality by removing toxic chemicals from petrol. Slovakia was sued for renationalising its health insurance scheme. And on and on. These ‘courts’ are presided over by three corporate lawyers (who have an interest in keeping the system going); they can meet anywhere, in secret, and there is no appeal mechanism. And they can only be used by investors – in practice very large investors – not governments, not citizens, not civil society groups.

Even when a multinational loses, it is usually the government that is landed with multi-million pound legal costs. So a government can’t win – it can just lose or lose worse. In fact, multinationals will often take a case not to win outright but to bully a country into upping their ‘compensation’ package or putting other governments off introducing similar laws (New Zealand and Britain both hesitated in their plain package tobacco laws while they awaited the Australia verdict).

Clifford Chance is a law firm that has brought such cases in the past, so it’s little wonder that they think this could be an excellent tool to challenge Labour’s nationalisation plans. Britain currently has about 100 bilateral investment treaties that include ISDS, but this number would likely multiply after Brexit. Jersey has just been given the right to sign its own such deals. And Trade Secretary Liam Fox is keen on ISDS and wants to include it in new trade deals.

Although parliament has no ability to stop such treaties, which are negotiated under royal prerogative, they effectively trump normal legislation, as Clifford Chance makes clear: “any domestic legislation which purported to override an investment treaty will not relieve the UK government from its treaty obligations”.

The only problem with the corporate courts is that they are only accessible to foreign investors, but as luck would have it, that’s not a problem if you’re a footloose multinational. You can simply set up an operation, maybe no more than a shell, in any country with which Britain has an investment treaty, as the lawyers heavily hint when they say it would “therefore be unsurprising to see some investors who do not have the benefit of an investment treaty moving their investments into entities attracting investment treaty protection”.

In fact, a current case is under arbitration in Romania, where a Canadian company is using a Jersey ‘subsidiary’ to sue Romania for trying to stop a gold mine planned in an area of outstanding natural beauty. Even though the Jersey company might be no more than a letterbox company, it still allows the multinational to use the UK-Romania ISDS system.

Couldn’t Labour just rip up these treaties if it came into office? Yes – the party’s policy is currently not to put ISDS in any new trade or investment deal, and to examine our current deals with a view to removing ISDS from them too. The same thing is happening around the world – South Africa, Ecuador, Bolivia, Indonesia and Tanzania are all ripping up their investment treaties. But there’s a problem. Most of these treaties have 20-year sunset clauses. So even if you ripped them up tomorrow, you would still be bound by them for 20 years.

Clifford Chance portray all of this as being perfectly reasonable: if an investor doesn’t receive the compensation they’re entitled to, they have a right to take action. But this is disingenuous, because ISDS is a rapidly expanding field where case law and precedent do not matter. As the case of Australia and the plain cigarette packaging demonstrates, this is not simply about a government breaking a contract, it’s about corporations using special powers to bully governments. In Britain, any government wanting to radically shake up the economy could face dozens of cases.

After Brexit, the current government is likely to sign many more trade deals with ISDS included in them. If it appears in a US trade deal, where tens of thousands of multinationals are based, it will be a real free for all. So social justice activists should stop worrying about the EU halting nationalisations, and start worrying about trade deals. First, we need to ensure that trade and investment deals have at least a modicum of parliamentary control. In a much underreported move, the House of Lords recently inflicted a defeat on the government, demanding proper parliamentary approval for post-Brexit trade deals. We need to make sure MPs don’t overturn this when it returns to the Commons in coming days. Then we need to end this ISDS system once and for all. 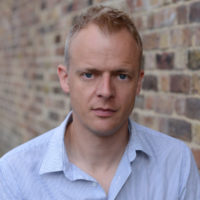 View all articles by Nick Dearden