Between us, we have been members of the Labour Party for 24 years. We joined under Tony Blair and Gordon Brown, left our jobs to work for Labour politicians in the run-up to the independence referendum and are now proud to be Labour Party candidates for the places we were born and raised.

We joined the Labour Party, and worked for it, because it represented much of what we believed: pro-UK, pro-devolution, internationalist and anti-austerity. We believe in its history, values and mission. We believe that is was, and still is, the best hope for putting progressive values into action across the whole of the UK.

That is why the position the party finds itself in leaves us frustrated and dismayed. We should never have put ourselves in a position, as we did during the European elections, where we mounted an argument against our political opponents but failed to oppose their central idea – Brexit. Similarly, we should not have run a campaign without taking on the threat of the SNP’s second independence referendum and exposing the damage that leaving the UK would do to Scotland’s economy and public services.

Neither of us came into politics to fight constitutional battles, but the times we are living through demand we do just that. Pretending these questions don’t exist or that they can be ignored does our opponent’s work for them. Yes, Labour’s policies may be popular. Yes, people may be sick of constitutional wrangling. But they also want to know clearly where we stand on the UK and the EU before they give us a hearing on anything else.

If we in Labour want people to hear and support our calls for a higher minimum wage, our measures to tackle poverty and inequality and our demands for quality jobs, we need to communicate a consistent, principled and unequivocal stance on independence and Brexit.

That stance should be proudly in favour of Scotland’s place in the UK, and the UK’s place in the EU. We should seek every opportunity we can to make the case for working together, because it’s a case rooted in our party’s values – solidarity, co-operation and defending the interests of working people – and it’s necessary to meet the challenges of an increasingly interdependent world. We should also remember that it’s popular: remaining in the UK and the EU commanded the support of a majority of Scots in the 2014 and 2016 referendums.

With the decision to back a People’s Vote last week, the Scottish Labour Party has drawn a line under a period that could have been avoided. But if we’re serious about winning again, the party needs to make broader and more fundamental reforms.

First, to deliver real change for our country, we need real change in our party. Better ideas and organisation will only take us so far – the mindset of the Scottish Labour Party has to change as well.

One place to start is to break out of the bubbles of Westminster and Holyrood. What happens in both these places matters to the party, but in opposition we need to draw from talent from across our movement. There are many more councillors, activists, trade unionists and members than there are MPs and MSPs. We should broaden the members of Scottish Labour’s shadow ministerial team by bringing in councillors and members with relevant experience. Having voices from outside Holyrood at Scottish Labour’s top table would be valuable as we begin to develop a manifesto for 2021.

Strengthening our party also means investing more in our local government base. Rebuilding from 9% will involve changing at a national level, but it also involves rebuilding at a community level. Instead of obsessing over the selection processes for the next list election, we also need to be thinking about who we want as part of Scottish Labour’s next generation in local government. If the process of rebuilding takes time, it will be here that some of the leaders of the future will need to develop their political skills.

We need to accept where we got things wrong and be prepared to apologise. Racism and anti-semitism is a stain on the Labour Party, and it’s not good enough to blame failings in bureaucracy when these issues are not properly dealt with. Scottish Labour must assert its autonomy in disciplinary matters and, if the rules don’t allow for that, Richard Leonard must call for the rules to be changed.

Second, we must articulate a compelling vision for how our country should be run. Standing up for being part of the UK and the EU doesn’t mean standing for the status quo. Labour should say that a strengthened Scotland inside a reformed UK and a reformed EU is the only way to deliver the radical redistribution of wealth and power that both Richard Leonard and Jeremy Corbyn promote. What better way to counter the politics of division from the SNP and the Tories than to make a full-throated argument, from the left, for sharing and cooperating?

That means engaging fully in the citizens assembly that the Scottish government has proposed, and ensuring that the majority of Scots who want a strong Scotland inside the UK have their voices heard during that process. If there is a conversation about the future of our country happening, we need to be part of it. Not doing so risks making us the equivalent of the SNP and the Tories during the last constitutional convention.

We should be demanding similar action at a UK level. Jon Trickett proposed a constitutional convention for the UK over two years ago, but so far there has been no meaningful progress. That cannot continue. Labour should develop its plans to fix our broken political system with a federal Britain, the replacement of the House of Lords with an elected senate, and the creation of new structures to embed co-operation between different levels of government in our political system. The convention should consider further devolution not only to Scotland, but also to local councils and communities within Scotland. Otherwise the risk is that centralisation at Westminster is merely replaced by centralisation at Holyrood, and that power continues to be too remote from the people.

Finally, but most importantly, Scottish Labour must set out a programme that speaks to our core purpose – ensuring people have decent, high quality jobs that allow them to live rewarding lives free from poverty. That demands that we grapple with the changes that have already started in our economy. By 2030, one in five jobs in our cities are likely to be lost due to automation. In the last great wave of automation, Scotland was hit hard as we were unprepared for the transition. We can’t let the same thing happen again.

The jobs of the future will require high levels of education and a commitment from government to lifelong learning. The Scottish government’s cuts to education and the hollowing out of the further education sector mean we are poorly equipped to deal with these changes. A strong economy in the future means a significant investment in education now – this should be a priority for Labour and an area where we should be holding the government to account.

For those living in poverty in Scotland, a Labour Scottish government should be thinking boldly and innovatively about how to support them. Child poverty in Scotland is on the rise, reversing the progress made by the previous Labour government. The record of the Scottish government on tackling poverty has been shameful. An incoming Labour administration should declare child poverty a national emergency and turn the focus of government to eradicating it within the parliament.

On day one, Labour should commit to turning over all the resources that the Scottish government had committed to planning for independence to this cause. They could then lead an ambitious programme to use the powers of the parliament to introduce a new Child Tax Credit to get help to those who need it most, topping up Child Benefit as demanded by many in Scottish civic society or investing in an army of health visitors to support children in the most deprived communities. Where the SNP offer only timid managerialism at Holyrood, we need to offer ambition and hope.

Some in our party seem to be operating in the mistaken belief that politics will soon return to normal. That belief is the route to more devastating election losses in the future. These election results – and those from across the EU – show that there is no cast iron guarantee that the major parties of the past will exist in the future. For Labour to recover in Scotland, we need to reform our party, be clear on where we stand on the defining constitutional issues of the day and articulate radical and credible plans to end poverty and secure the high quality jobs of the future. That work needs to start now. 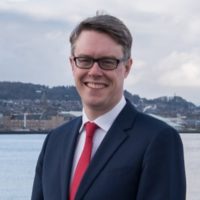 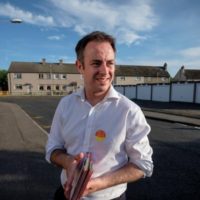 Andrew Hilland is Labour’s candidate for Lanark and Hamilton East.

View all articles by Andrew Hilland