Once again, Kashmir has been thrust into the international spotlight. At the start of the month, thousands of additional Indian troops were deployed to what is already one of the most militarised areas in the world, steel barricades were erected in the region’s main city, a security order was issued that banned public meetings, internet and mobile phone services were cut, schools and colleges were shut, and regional political leaders were placed under house arrest. Then, after seven decades, India – under the right-wing Bharatiya Janata Party-led government – announced it had unilaterally decided to scrap a longstanding constitutional provision that gives the state of Jammu and Kashmir its autonomy.

Both India and Pakistan claim the disputed region of Kashmir in full as their own. Since 1947, the two powers have fought two wars over the territory and earlier this year tensions rose dangerously when an Indian fighter pilot was shot down by Pakistan warplanes, in the first aerial attacks across the Line of Control dividing Indian and Pakistani territory in Kashmir since 1971.

As in February, the world is now taking note of what is happening in Kashmir but once again through the prism of Indian and Pakistan politics. Yet the ongoing human rights abuses in the region should command our daily attention. Each year, Kashmiris are being killed, raped, tortured and blinded, while an entire generation has grown up in the flux of conflict.

So-called “pellet guns”, which are shotguns that use lead pellets as ammunition, are used by Indian forces to control demonstrations. Amnesty International say pellet guns have killed 14 people in Kashmir in the last decade and injured over 6,000, including over 700 who suffered eye injuries, some of them children and many of them blinded for life.

There has been brutal repression, disrupted educational system, displacement, reduced incomes and limited access to key local services. According to Save the Children, the Kashmiri conflict is responsible for 37% of Indian administered Kashmir’s 200,000 orphans.

Kashmiri men go missing. One estimate states that 8,000 Kashmiri men are unaccounted for since 1989, leaving thousands of “half-widows” to raise children. If mothers are lucky, extended family can provide limited support, but in many cases they are alone: facing stigma and a lack of financial support.

Even before recent developments, several draconian laws – such as the Armed Forces Act, the Public Safety Act, the Disturbed Area Act and the Terrorist and the Disruptive Activities Act – deprived Kashmiri people of the right to seek redress through the courts for the actions carried out by the Indian security forces, who currently act with impunity.

Last June, the OHCHR released a first report on the human rights situation in Kashmir. The report focused on allegations of serious human rights violations, notably excessive use of force by Indian security forces in Indian-Administered Kashmir. The report also noted human rights violations in Pakistan-Administered Kashmir but noted they were of a different these were “more structural in nature”, including for example restrictions on the freedom of expression and freedom of association. But since then, little progress has been made.

As the UN debates the situation, and governments around the world focus their attention on Kashmir, now is the time for a real commitment to investigate all human rights violations, and not just to listen to what two nuclear powers have to say, but to put the wishes of Kashmiri people at the forefront. The people who live in Kashmir are not asking for charity. They are asking for their human rights to be protected and to be finally given their right to self-determination. 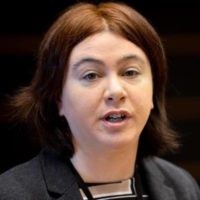 View all articles by Alex Mayer