General election defeats for Labour are always keenly felt in the trade union movement. Although the relationship has its ups and downs, the two wings of the movement are still – and perhaps always will be – joined at the hip. This is partly about a shared philosophical outlook and communal soul. But even in periods when the more misty-eyed, romantic side of the relationship seems a bit frayed, there is always the more hard-headed, transactional dimension to keep it going, given expression through the resources that the unions put in and the opportunities given in return to develop the party’s policy. So, losing always sucks. It’s for losers. The investment hasn’t paid off and our shared endeavour has been set back.

But 2019 hurt more than most. This is because there was far more at stake. Trade union membership, density and collective bargaining coverage have been in serious decline. It barely exists in those parts of the world of work where growing numbers of workers are now found. The 2019 manifesto and a Labour victory promised to scrap the Trade Union Act, which has made it harder for unions to take industrial action and collect political funds. More importantly, it offered a legislative route back to policy influence and would have created conditions that – theoretically at least – could have been used to boost flagging membership and organisation.

It wasn’t to be, however. As such, the movement now faces some big strategic questions. Should it just hang on in there, try and win the case for the commitments on sector level bargaining and trade union freedoms that were included in the 2019 manifesto to remain in place under a new leader, and then go hell for leather at the next election in 2023/4? Alternatively, should it reflect on the efficacy of both strategy and policy – asking itself honestly how likely the 2019 policies were to deliver and what the alternatives might be?

The answer should be obvious. Whilst Keir Starmer is right when he says that Labour should be careful not to oversteer, it should also be accepted that the 2019 manifesto and what it had to say about trade unions and the world of work wasn’t good enough to cut through. Private union polling shows that although voters were sympathetic to Labour’s offer on worker and trade union rights, they just didn’t rate these policy areas as particularly important to them personally. Put starkly, nobody beyond the movement’s activist base had these issues in their mind when they went to the polling station.

Many have observed that part of Labour’s problem at the 2019 election was that it promised so much that nobody believed a thing. In many ways, the pledge that the party in government would deliver the biggest extension in workers’ rights in history was a microcosm of this credibility problem. Yes, the manifesto included some important substantive measures including electronic balloting, strengthening rights to access workplaces and simplifying the law around recognition. But propositions such as “giving people a voice at work through collective action” and “giving working people a voice at the cabinet table by establishing a ministry for employment rights” did not connect as a relatable narrative about how a Labour government working hand in hand with unions could make a positive difference to most people at work today – especially in a world in which most in private sector workplaces have no experience of unions or collectivism.

Underpinning all of this is the sense that on this particular part of our shared historical mission – the area on which the two wings of the movement are, historically at least, most intimately aligned – we have let each other down. Sure, unions individually continue to do great things in the workplaces in which they still have power. But as a movement overall, they represent and speak for an ever-smaller share of the workforce. This results in a disconnect, which makes it hard for unions to be rooted, authentic partners to a social contract that could be a powerful guarantor of better work, voice, democracy and dignity at the workplace. So, the case for some collective soul searching and a rethink is powerful. What might a new agenda look like? Here are three starters for ten to get the debate started.

First, unions, collectively through the TUC, need to think through what they can offer in growing parts of the economy, such as administrative and support services, professional and scientific services and the retail sector. About 40% of current private sector jobs are in these three sectors, but union membership and organisation is scant. This offer might not, at least initially, be full-blown union membership as we’ve previously understood it. But we shouldn’t lose sight of an aspiration to be a voice for all workers. The 2019 result is a sobering example of what happens when we speak only for sectors that have experience of unions. The starting point should be listening to and engaging workers in unorganised sectors.

Secondly, let’s think through how trade unions can use the devolution agenda to shape local labour markets. The ideas about a ministry for employment rights and national level sector bargaining were very top-down, big state. They carried an unfortunate echo of the 1940s maxim that ‘the man in Whitehall knows best’. All of the current leadership candidates have talked about giving power to communities. But we don’t have to wait until Labour wins nationally. In locations such as the Manchester city region, unions are already on to this, engaging the mayor in the development of a Greater Manchester employment charter. Of course there will be limitations to what can be achieved under a Tory government – but tangible gains can be made in the here and now, and opportunities identified for further devolution under a future Labour government.

Third, let’s drop the class war rhetoric and recognise that the world of work is more complex than the bosses versus workers, of recent caricature. That’s not to say for one minute that we ignore the structural power imbalances at work and the fact that there are lots of bad employers and unhappy, exploited employees. But let’s not start from the standpoint that our work is a continuation of the industrial turmoil of the ’70s and ’80s – see Labour’s surreal campaign film about the miners’ strike during the last few days of the 2019 election campaign. Promising and being able to deliver a decent job for all and a real voice in the workplace on pay, rewards and how work is organised needs to be the motivating principle underpinning the labour movement’s future offer to the country.

David Arnold is writing in a personal capacity. 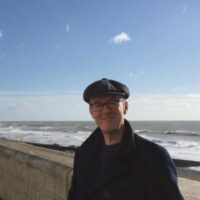 View all articles by David Arnold