Since the general election defeat in December and the more recent change in Labour’s leadership, debate has opened up about the future and purpose of Momentum. The organisation that came together following Jeremy Corbyn’s successful leadership campaign in 2015 now faces a fundamental question: what does Momentum mean in the post-Corbyn era?

But there is more to the debate than just that. Since 2015, and especially since the Momentum leadership ‘coup’ of 2017, the lack of democracy in the organisation has caused widespread disillusionment and added to a deeper democratic deficit within the Corbyn project. While Momentum has done well in mobilising activists at election time, its passive model of engagement has made for an ineffective vehicle for leading debate from the left, and for seriously building up the Labour left in CLPs and communities.

With locked-down activists debating the big questions over local Forward Momentum Zoom meetings, and with elections to Momentum’s national coordinating group (NCG) fast approaching, we now have an opportunity to properly address all of these issues.

That is why, alongside a number of activists from across the UK, we are proud to launch Momentum Internationalists. We are coming together around a radical and meaningful vision for Momentum and the wider labour movement – a vision with democracy, class struggle and, crucially, internationalism at its heart.

Momentum Internationalists is going to be honest about the problems we face and what needs to change: Momentum’s top-down political culture, tight central control, and NGO-style reshaping in 2017 were major obstacles to building a critically-minded mass movement out of Corbyn’s leadership, and need to be done away with.

A number of local groups (such as Stevenage Momentum) have managed to lead organised action in support of workers’ struggles in their communities, despite the serious lack of support from the top. Local activists like us don’t even have access to membership funds and data, which would allow us to freely contact supporters and more effectively build campaigns. Without proper support from the centre, and crucially with no democratic structure for local activists to feed into, many groups outside the big cities have simply fallen into inactivity since 2017.

At the national level, Momentum should be a powerful campaigning force – one that promotes an internationalist response to a climate crisis that goes beyond borders, and mobilises around a positive vision of workers’ power in a decarbonised society. This doesn’t mean simply saying nice things about the climate strikes and occasionally organising around it. It means sustained campaigning, actively supporting members who are organising against the climate crisis in their communities, and joining up with left-climate groups across Europe and beyond.

Preparing the labour movement to fight the climate emergency will require the left to transform the trade unions, something it failed to do during the Corbyn years. Rather than viewing trade unions simply as stakeholders that need to be wooed, Momentum must give its supporters the resources to organise themselves for rank and file democracy and radical action within the unions.

Momentum will also have to raise demands for which it has previously been reluctant to properly campaign, such as repealing all anti-trade union legislation so that workers can more effectively take on the big polluters, and public ownership of the banks and energy giants.

We’ve seen what the left can achieve when it gets organised. In recent years – through grassroots efforts such as the Labour Campaign for Free Movement and Labour for a Green New Deal – the Labour left has won many excellent motions at party conference. Momentum can now bring these campaigns together to put pressure on the new leadership and see these ideas firmly established as party policy going forward. But to do that effectively, it needs to change.

While pushing for better policy and against any rightward drift in Labour, Momentum also needs to be transformed to effectively take the fight to the Tories. With Labour almost certainly out of power until at least 2024, climate and economic crises already upon us, and the government preparing the next round of attacks on workers and migrants, the Labour left must be organised to lead the extra-parliamentary struggle.

We can’t sit back and rely on Labour MPs. We need to turn Labour and Momentum into organisations that actively participate in and lead struggles, rather than seeing politics as a series of parliamentary manoeuvres and internal elections. All of this means: building and sustaining large scale, member-led mobilisations; developing campaigning local groups that are embedded in their communities; and drawing many more people into activity through a pluralist and democratic culture.

The emergence of Forward Momentum, then, is encouraging – but we believe we need to go further than their initial, very welcome suggestions. That is why we are promoting our Charter for Momentum Democracy, with specific proposals such as establishing a sovereign, decision-making conference, and regional councils to empower members. We also know that renewing Momentum must go beyond solely addressing issues of procedure and structure.

Working constructively with and within Forward Momentum, we hope that Momentum Internationalists can help build a bolder, more effective socialist vehicle for the Labour left. If you’re with us, please sign up to both organisations on our websites, and get involved in the debate as it picks up steam during the NCG elections. The future health of the Labour left hinges on seizing this moment for our politics – join us. 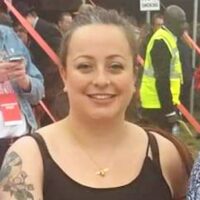 Abbie Clark is a Stevenage Momentum activist and secretary of Stevenage CLP.

View all articles by Abbie Clark 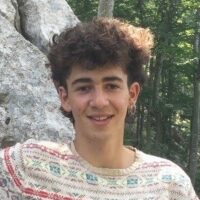 Abel Harvie-Clark is a youth climate strike activist and Labour member from Newcastle.

View all articles by Abel Harvie-Clark