When Nye Bevan put forward his plans for the National Health Service, he famously said: “All I am doing is extending to the entire population of Britain the benefits we had in Tredegar for a generation or more. We are going to Tredegar-ise you.” He was referring to the path-breaking Medical Aid Society established in the Welsh village of Tredegar, his birthplace. Tredegar workers paid a small contribution to the Society and in return would receive medical aid free at the point of use. As Bevan’s comments suggest, the scheme would form the blueprint for the NHS.

Bevan’s proposals revolutionised British society. A basic condition for life – access to healthcare – became the right of everyone, not just those who could pay for it. Despite years of Tory underfunding, under-resourcing and privatisation, the NHS is consistently voted as one of our best loved institutions. The principle of providing a universal public service to meet a fundamental need is deeply embedded in our society.

However, 72 years after the establishment of the health service, not all our basic needs are being met. Even before the onset of the Covid-19 crisis, it was clear that many people were living in food poverty. According to the Trussell Trust’s ‘State of Hunger‘ report, around 8-10% of households in recent years have experienced food insecurity and – since the onset of the 2008 financial crisis and the Tory austerity agenda – the distribution of food parcels from food banks has increased by 1.5 million units.

The public health crisis has further exposed weaknesses in the way that we are able to access food. We’ve all seen the empty shelves in the supermarkets and the queues outside, the panic-buying and the stockpiling by people who fear that supplies will run out. Shortages have been particularly difficult for healthcare workers unable to reach the shops before stocks vanish, for older people and those who are vulnerable to the virus, and for people with specific dietary requirements, such as coeliacs.

The private sector, with its ‘just in-time’ stock management designed to maximise profitability, has failed to meet the challenges of the pandemic. Mutual aid and community organisations have emerged to take its place, producing and delivering food and vital supplies to the vulnerable and the elderly across their communities. In my own city of Sheffield, community projects such as Sheffield Foodhall, mutual aid networks like Voluntary Aid Sheffield, and activist groups like Acorn have battled to get food and supplies to those who need them.

Just as Bevan saw in the Tredegar Medical Aid Society a blueprint for delivering healthcare to all, we should see in the mutual aid and activist groups established in the wake of the pandemic the beginnings of an infrastructure to deal with food insecurity. These hubs of community activity should be formalised and given the backing and logistical support they need to thrive.

That’s why I recently tabled a parliamentary motion demanding greater support for these organisations – to grant emergency resources to mutual aid networks, to provide them access to community and publicly owned kitchens, and to protect community spaces which can be used for food production and storage by freezing rents and bills.

Similarly, Rebecca Long-Bailey has argued that the Post Office should be used to deliver food and supplies. In the coalescence of these different structures – mutual aid networks, community activist groups, the Post Office – we see the shape of a national service that would provide food for all and ensure that no one goes hungry. It only needs material and logistical support and coordination from the state.

In 1946, at the second reading of the National Health Service Bill, Bevan said: “I believe it will lift the shadow from millions of homes.” Today, millions sit in the shadow of food poverty and insecurity, a shadow that’s grown darker and created far more fear and uncertainty as the Covid-19 virus has swept across the globe. Now is the time to lift that shadow and for the government to take action to guarantee what should be the basic right of everyone: access to food and to live without hunger. Now – more than ever – is the time for a National Food Service. 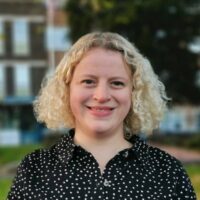