I am a social worker in an adult social care team, and I have known for some time that the treatment of care workers is an absolute scandal. Coronavirus has only served to make this more obvious. Let me be clear, there has been no golden age of care. Prior to the Community Care Act, which came into force in 1993, there was little domiciliary care in the evenings or weekends and ‘home helps’ – as they used to be called – did not carry out the wide range of personal care tasks that carers do now. Those with significant care needs were expected to go into care homes. Those with nursing needs may have been on long-term hospital wards until the NHS transferred long-term care to private nursing homes in the 1980s.

Against this background, the Community Care Act promised that money would be used to access a wide range of services from the private sector to create personalised care packages. This appeared to have the potential to be very progressive. People were no longer to be fitted into inflexible, one-size-fits-all state provision. More people were given the opportunity to stay at home with extensive care packages. But what emerged over time were local authorities negotiating contracts with often very large companies, who bid for them by keeping prices down. Carers employed on minimum wage or not much above it, and in some cases not paid for travel time between the homes of those they care for.

The legislation also made councils responsible for assessing all those going into care homes, with the help of state funding. Again, these providers had to negotiate contracts and local authorities used their bargaining power to drive prices down – resulting in care that was cheaper for the authority to buy than that found in homes run by the council. For example, a care company in Leicestershire recently reported to be ending the better pay and conditions of those staff who were transferred in when the company bought local authority homes as going concerns.

Much of the press coverage of social care in recent years has been about the variable quality, and sometimes outright abuse. Some undercover filming has revealed shocking abuse but it is my belief, as a social worker, that the extent of wilful abuse or neglect is very low – though there must be processes to stop it. There are real concerns about poor training, rushed visits and low staffing levels, but there is also an absolutely huge scandal regarding care agencies and care homes – and that is the treatment of those who work in them. Yes, it is good that people can remain in their homes or have a wider choice of care homes, but has any thought been given to the people who have to provide the services? How much they should be paid? Can caring be a career?

It is shocking that care work can be considered to be minimum wage work. This is the minimum someone can be paid, however unskilled the work. Care work can involve use of moving and handling equipment, the care of those who are very frail or have advanced dementia, working alone in someone’s home and the keeping of records that could be referred to in safeguarding investigations or even inquests. And now, on top of all the skills required, the job has even become dangerous! Carers cannot practise social distancing and reports of inadequate personal protective equipment have been numerous.

In recent weeks, the media narrative around care workers has changed and instead of stories of abuse, we are told that they are saints. I find this unhelpful. A problem with sanctifying people is that one can then believe that they are somehow different from the rest of us – and more able to cope with pressures. Carers are decent people doing a difficult and underpaid job, possibly not having had any other option. It is clear from those speaking out that many do not feel brave and self sacrificing, but scared and abandoned.

What would be a fair settlement for care workers? I suggest, as a start, that they should get the same as those fulfilling comparable roles in the NHS such as healthcare assistants or unqualified community nurses, whose pay is a little higher and who also get pensions and better sick pay rights. There should also be job security and increments for experience. Of course the pay and conditions of care workers are largely decided by private companies, and the state has no direct say in this. However, local authorities can decide to whom they award contracts, and could retain more in-house services. Yes, this would all cost more, but the money has to be found.

My role as a social worker is to talk in a positive way about such concepts as ‘personalisation’, ‘co-production’, ‘strength-based practice’ and the like. However, my feeling – when recognising that the services I commission and judge are based on the labour of those who are treated so badly – is an overwhelming sense of shame. 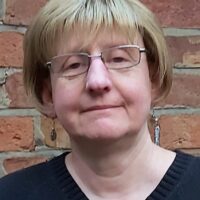 Rebecca Linton is a care worker in an adult social care team.

View all articles by Rebecca Linton