Left-wing Labour organisation Momentum ushered in a new dawn this weekend, with Gaya Sriskanthan and Andrew Scattergood succeeding Jon Lansman as the new leadership of the group. The first task of the new co-chairs was to publish their vision for Momentum in the post-Lansman era. Their Tribune article outlines some of the group’s priorities moving forward: “delivering a unified left for the national executive committee elections”, “leading criticisms of Keir Starmer” and “developing transformational socialist policy”.

In the middle of the article, there was also a broadside against a group of Labour officials who have managed to maintain power in many areas of the country over the last decade: Labour councils. Scattergood and Sriskanthan write that “there have been few things more detrimental to Labour’s national electoral success than Labour councils delivering austerity without so much as an inch of resistance”.

There are a number of things that are grossly inaccurate, unfair and ill-informed within this statement. Firstly, Labour-controlled councils have been the party’s vanguard over the last decade of national electoral defeats. In particular, the Local Government Association has been active in highlighting the impact of austerity, with councils losing 60p of every £1 of central government funding between 2010 and 2020.

The Labour group within the LGA has been at the forefront of action against austerity, chiefly the ‘breaking point’ and ‘pounds not plasters’ campaigns. In response to the Tribune article, LGA Labour’s deputy chair Michael Payne – a councillor in Gedling – stated: “There’s nothing left-wing or socialist about undermining Labour councils, the only ones to benefit from that will be the Tories.”

Secondly, the article takes aim at precisely the wrong group. Within the Tribune piece, there is no mention of the words Conservative, Tory or central government, and the key actors in the nation’s austerity drive – David Cameron, Theresa May, Boris Johnson – are not criticised once. Instead, the article opens fire on Momentum’s Labour colleagues in Town Halls across the country.

Thirdly, the article puts forward that one of the main reasons for the party’s recent lack of national success has been the implementation of cuts at a local level by Labour councils. However, in a YouGov poll taken the day after the December 2019 general election, austerity from Labour councils did not feature as one of the key reasons that led former Labour voters to back other parties. The main reasons in this poll were Jeremy Corbyn’s leadership (35%), Brexit (19%), and policy/economic Incompetence (16%). These figures broadly correlate with a similar poll conducted by Lord Ashcroft, with the most popular reason record for defection being unhappiness with Corbyn’s leadership. Again, Labour councils did not feature in the results.

Finally, and perhaps most damningly, Scattergood and Sriskanthan’s article completely overlooks the fact that Labour councils were following the policies of Labour’s left-wing leader throughout these years. Corbyn, John McDonnell and Jon Trickett all explicitly wrote to Labour councils in 2015 demanding that they set legal budgets, mindful to avoid a 1980s Militant in Liverpool scenario. McDonnell, quoted in the December 2015 letter, explicitly stated: “the situation councils are now in is if they don’t set a budget, a council officer will do it for them. There is no choice for them anymore.”

Labour-led councils did their part during Corbyn’s leadership, following party policy, mitigating the impacts of the cuts, and protecting key services where possible. Indeed, local government was one area where the party achieved some successes under Corbyn, particularly with the elections of Labour mayors in London, Manchester, Bristol, Liverpool and Sheffield. The new Momentum leadership, far from building a consensus for a future Labour government, has used one of its first media releases to attack Labour-led councils that have spent the last ten years fighting to protect services, save jobs and see Labour returned to power at a national, as well as local, level. 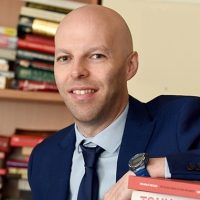 Christopher Massey is an academic and a Redcar and Cleveland councillor.

View all articles by Christopher Massey