Under Ed Miliband, the Labour Party tied itself up in knots trying to sell social democratic policies to a country dominated by an austerity narrative. This narrative was captured in the phrase ‘balancing the books’, which placed the blame of the financial crisis on Labour’s public sector spending. Sadly, the party did not challenge this argument and lost heavily in 2015. Just two years after that defeat, Labour managed to win 40% of the vote on a platform that defied the economic nonsense of treating government spending like a household budget. Since then, the Tories have slowly abandoned their ‘balancing the books’ rhetoric, and the governing party is now borrowing vast amounts for the furlough scheme – proposed by the TUC and Labour – and of course indulging in their favourite pastime of giving away public money to whichever one of their pals asks for it.

Brexit gave way to a new set of rhetorical terms that fulfil the same function as ‘balancing the books’. The most prominent of these is the ‘Red Wall’. Coined by a Tory pollster in the 2019 election, it is used to describe long-held (and some not long-held) Labour seats in the North of England and the Midlands that voted to leave the EU. Clearly, there are questions to be asked about how and why these seats turned blue last year, and many answers have been offered – from Jeremy Corbyn being the devil to young people moving to cities and being replaced by retirees with austerity-insulated pensions. These are important matters to discuss – and it is entirely possible to do so without using the favoured framing of the political right.

What I want to consider here is the rhetorical importance of the term Red Wall, now and in the coming years. We have seen it used not simply to refer to a set of constituencies but to tell a very particular story about these regions. When the term ‘Red Wall voter’ is invoked by Tories and their client journalists, it usually refers to an imagined socially conservative person, normally a man, who either does or previously did a working-class job. The ‘former miner’ is the one they like the most. And this man doesn’t simply dislike Corbyn – instead, he views the Labour Party as inherently out of touch with their stance on any number of issues that coincidentally animate the reactionary press: racism, LGBT+ issues, gender equality, free speech, migration, sex on TV, the failure to teach ‘proper British history’, the IRA, the renaming of the ‘Marathon’ bar and the metric system, among others.

In the mouths of the Tories, the Red Wall voter is as reactionary as a ConservativeHome article. No doubt such former Labour voters exist, but it is quite a leap to describe these views as dominant across entire swathes of the country. The ‘Red Wall’ often wishes a world into being where social and economic progress is basically incompatible with English identity. Used in this way, the term can be applied to shut down any progressive argument made by Labour representatives and portray it as ‘out of touch’. Dawn Butler recently recounted how she was seemingly racially profiled by the police, a story that is emblematic of the treatment of Black people in the UK. Amid a slew of conspiracy theory responses, former Tory advisor Tim Montgomerie identified this act as exactly the sort of thing that would not go down well in the Red Wall. The existence of racialised policing is well-evidenced, but the Red Wall framing was used to say that even discussing this issue proves that Labour is distant from ‘the people’.

Butler rightly pushed back against the absurd notion that whole regions are supportive of racist policing or against politicians talking about said policing. Her example needs to be followed more generally. Keir Starmer’s leadership has so far entailed a deafening silence on social issues – the Black Lives Matter movement, trans rights, immigration – that we are told would alienate the Red Wall voter. Allegedly progressive newspapers such as The Guardian also lean into the Red Wall framing. A recent article that interviewed three people in Leigh presented recent conspiracy theories about migrants spreading disease as the voice of the working class in the Red Wall. Rather being used to understand Labour’s broad voting coalition, the term is increasingly a byword for varying racist or bigoted views – and as a reason for not addressing social and cultural issues.

If Labour cannot push back against this framing, the party risks falling into a ‘balancing the books’ trap. Any attempt to talk about progressive causes will be delegitimised for not speaking to the imagined Red Wall. Labour must work to win back these constituencies, but it won’t do so by being timid on issues like migration, which will only become more salient in the coming years. In capitulating to the Red Wall narrative, Labour not only risks rhetorical defeat but further electoral defeat, too. The irony is that the Tories are not treating people’s views here as fixed: the narrative seeks to construct an identity by developing and encouraging increasingly extreme right-wing views within a public space. Labour staying silent won’t win over people in those seats by default – it will simply help the Tories continue to build a solid ‘Blue Wall’. 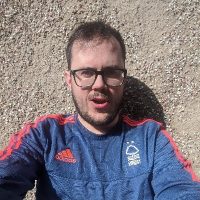 Gareth Fearn is a PhD researcher at Newcastle University and a Labour activist.

View all articles by Gareth Fearn