I joined the Labour Party when I was 16, thinking I could bring real change to my community and to the national agenda. I was excited to meet like-minded people because I had grown up in a space where political activism was not normal, or indeed cared about. I, like so many other young members, wanted to be part of something bigger than myself. But as a young person in the Labour Party, I’ve never felt any smaller.

Young Labour has a problem with online bullying. The youth committee and national executive committee (NEC) elections have amplified this crisis. In recent weeks, Twitter has revealed some commonalities: name calling, young candidates feeling like they should step down from running in elections, screenshots kept and released for public revenge and en masse attacks that target young individuals all seem to be a daily occurrence. This behaviour applies to every faction of the party, and the attacks are often directed at our most vulnerable and underrepresented members: women, people of colour, Jewish and trans people.

Being a young person in the labour movement is challenging. Figuring out who we are, personally and politically, can take time. This learning process should be nurtured. Instead, it is often shut down. There are times when some actions or words should not be tolerated – moments when actions or words are racist, Islamophobic, antisemitic or homophobic, for instance. When this isn’t the case, young members should be encouraged to explore their political identity. After all, the youngest members of Labour are the party’s future.

With increasing rates of online bullying deterring young people from joining the movement, the future looks dire. Young people are an asset to the labour movement – an indispensable part of it. That’s why Labour needs to take action and commit firmly to anti-bullying in its young ranks.

Personal responsibility is also needed to fix this problem. In Labour’s safeguarding code of conduct, it states that when communicating online, any party member or elected representative must be respectful and not use any language that could be understood as bullying, intimidation or discrimination. Every young member must remember this when engaging with other people online. Blaming individual young members alone, however, will not fix the problem. Bullying within the party is an institutional crisis that must provoke an institutional resolution. It is time that Labour took responsibility for tackling bullying in its youth wing.

What might this responsibility look like? First, the party should recommit to and implement its safeguarding policy. It needs to make the reporting of safeguarding concerns accessible. Right now, if a member wants to report a concern, it must be directed to their regional safeguarding lead – ten points to any young member who knows who theirs is – or to the online safeguarding unit no later than a day after the incident occurs. This timeframe needs to be changed. Often, online bullying may not be immediately identified as abuse by the victim. This means reporting a safeguarding concern is rarely considered an option to young members, especially if they fear the party may not act seriously on their concern anyway.

Labour should provide safeguarding training to its abundance of youth groups – the national committee, Constituency Labour Party youth groups and university Labour clubs, to name a few. It is important that Young Labour members know their rights within the party and how to act if they become one of the many victims of online bullying within Labour.

Finally, Young Labour is solely run by volunteers. It’s about time that Labour invested in it financially. If sufficiently funded, Young Labour representatives could put anti-bullying at the top of its agenda. There would be money to create resources, facilitate training workshops and to organise without volunteer burn-out. Labour must act now. At a time when much of our party activism takes place online, I worry that we won’t see an end to Young Labour’s bullying crisis unless the party takes vital action. Labour’s future will falter if its emerging talent cannot organise in a safe online space, free from bullying. 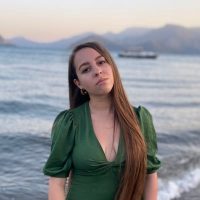 Olivia Fletcher is co-chair of the Cooperative Party youth committee.

View all articles by Olivia Fletcher