The days of the Cold War, when Russian spies were operating on the streets of the UK attempting to recruit British spies for access to our top secrets, are over. Or are they? Are we now in the middle of a new age of Russian intelligence capability, which has echoes of James Bond’s Spectre, with its tentacles reaching deep into British society, including our government?

Russian intelligence is well-funded and at the heart of Vladimir Putin’s continued quest for global influence. It is not simply collecting intelligence through recruiting spies in embassies, or even our intelligence agencies, or through cyber warfare – it is using money to buy influence at the top.

As we have seen from the reckless, aggressive, criminal tactics used by the GRU (its military intelligence wing) when they conducted a chemical attack on the streets of Britain, the Russians are not holding back. So throwing money at those who can be bought isn’t exactly a high-risk tactic, and it is one we should be watching for and acting against.

The West should consider oligarchs, billionaires and big business as powerful tools in the Russian armoury of influence. They will donate funds to our politicians in order to influence their decisions, normally linked to business and infrastructure deals, and this is precisely what may have been revealed in the Pandora paper leaks.

Labour chair Anneliese Dodds has written to the Conservative Party raising concerns about donations to 34 Tory MPs from companies backed by a Russian-born oil tycoon named in the Pandora papers. Incredibly, almost one in ten Conservative MPs have taken money from a company, AQUIND, which has ambitions to build an electricity interconnector between France and the UK – something we should all be concerned about.

The Mirror has reported that, since Boris Johnson became Prime Minister, the Conservatives have received £2m from donors with Russian links, and almost a quarter of the ministers who attend cabinet have accepted donations from just three well-connected ex-Russians. Of course, a party spokesperson has said: “Government policy is in no way influenced by the donations the party receives. They are entirely separate.”

This week on The Andrew Marr Show, when asked about the France-UK interconnector project, the Business, Energy and Industrial Strategy Secretary Kwasi Kwarteng said he has “never commented on this specific project” and that he will be “relying on official [independent] advice, the officials have not been compromised”.

This is concerning for two reasons: firstly, it sounds something like an admission that those who have received money from Russian donors are compromised; secondly, Kwarteng sent a letter on March 17th last year to Alexander Temerki, the director of AQUIND, in which he wrote: “Please be assured that our support for the project remains.”

As our highly capable intelligence services work hard to counter the Russian threat, the public must appreciate that taking legal action is difficult against this type of threat, as ‘influence’ is hard to prove. There is no doubt that these donations are at best inappropriate, at worst subversive – and present us with the tragic possibility of a compromised government.

We, the British electorate, can play our part in keeping the country safe by not letting this damaging activity continue. In a similar way to how we help keep the country safe from terrorists with ‘see it, say it, sorted’, we must do the same against Russian influence and call out the government – at the ballot box. We can’t trust the Tories with our security. 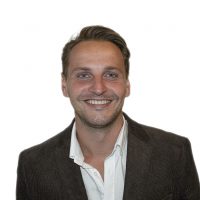 View all articles by Mike Tapp