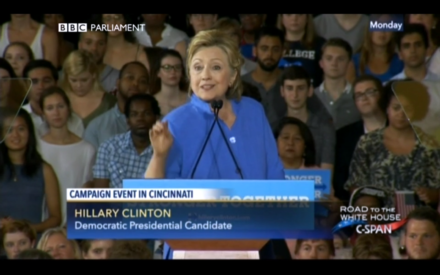 Why is mental health important to the American public but not to presidential candidates? When surveyed 90 per cent of Americans agreed that mental health is as important as physical health. This is unsurprising given that, according to the National Alliance on Mental Illness, one in five adults experience mental illness. Of these people, 40 per cent have experienced difficulties obtaining mental health services due to the costly nature of the US healthcare system.

Despite public consensus that mental health is important, the presidential candidates have rarely discussed mental health. When it is mentioned, it is sometimes in a joking or insulting way. Bernie Sanders, for example, joked that the Republican primary debates highlighted the need to improve mental health services in America. Even more offensively, Republican candidate Donald Trump suggested that veterans who suffer from PTSD are weak.

When candidates do take mental health seriously, the discussion typically falls along partisan lines, with Republican candidates arguing for better mental health services as a response to gun violence while Democrats focus on the prison pipeline and substance abuse. That said, Hillary Clinton recently released a comprehensive mental health plan, which proposes a number of policy responses, including increased federal support for suicide prevention, audits on insurance companies, and more integrated care. While this signals a step forward, mental health still seems peripheral to her overall platform.

Given that conversations about mental health are often absent from presidential debates – or at the very least misguided when they do occur -what can we do to increase the profile of mental health concerns during this election cycle? Also, what can Labour Party members in Britain learn from the treatment of mental health policy in the US?

Individuals often lack the ability to influence media at a broad scale, and you might not be able to participate directly in the US electoral process. However, we can all work to change peoples’ minds in our everyday life and gradually change the terms of public discussions about mental health. Stigma against people with mental illnesses is prevalent in Britain as well.

I think there are a few important lessons that Labour Party members can learn from how mental health has been treated in the US election. Following a few simple rules in your everyday life can help alter the terms of the discussions and make you a better activist.

Mental health will only become a political priority in Britain and the US if we talk about it. This is not an easy task but it is one that will become easier if we battle stigma every day and make mental health a priority in political debate. World Mental Health Day, which fell this week, means it is the perfect time to start talking – so begin a conversation today.

Heather Swadley is a mental health activist and PhD student at the University of Pennsylvania who previously worked for a Labour MP.

View all articles by Heather Swadley