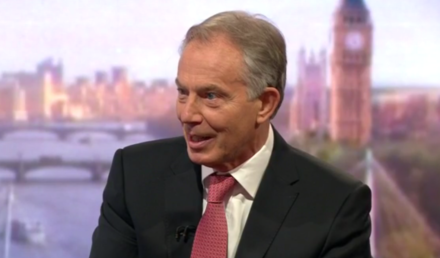 Tony Blair’s call for the Britons to rise up against a Brexit delivered “at any cost” is backed by half of LabourList readers.

One half of respondents agreed with the former prime minister’s speech, where he encouraged people to fight against a hard Brexit. Slightly less, 46 per cent, of readers rejected Blair’s call, whilst four per cent were unsure.

Readers are clear that Labour activists should boycott companies that pay the minimum wage with 90 per cent backing the move. Six per cent think we shouldn’t, and 5 per cent are unsure.

This comes after Gerard Coyne, the rival to Len McCluskey in the Unite general secretary election, called for boycotts of businesses that have been named and shamed as not paying the minimum wage.

Twinning London CLPs with rural Labour groups to help the local election campaigns received 36 per cent support, with 16 per cent thinking it is not the way to go. However, some 47.5 per cent weren’t sure either way.

Hywel Lloyd, co-founder of Labour coast and country, wrote for us urging members in London to come out of the city for May’s local election and mayoral campaigns.