We hear a lot of talk about ‘Labour’s proud history of antiracism’ but we don’t really remember Labour walking that talk during our lifetimes. We think it’s time for our movement to be honest with itself and admit that Labour has had a hit-and-miss history on antiracism policy and antifascism activity. This is not to say that there hasn’t been a proud history within the Labour Party of strong, militant black self-organisation, led by Diane Abbott and others. However, our commitment to a fundamentally antiracist policy agenda has been sorely lacking.

From Labour’s ‘controls on immigration’ mugs to ignorance over police brutality and stop and search policies to our catastrophic intervention in Iraq, there are many reasons for which Labour has not been taken seriously as a credible force for tackling systemic racism. Successive Labour governments’ pursuit of reactionary neoliberal economic policies, which by their very nature perpetuated inequality and racism, have arguably helped pave the way for at best apathetic voting and at worst a feeling of angry betrayal amongst the working classes. Is there any wonder communities rejected or ignored us at the ballot box until 2017?

Jeremy Corbyn is the first Labour leader to be elected on an explicitly anti-imperialist, anti-austerity policy platform. It took until 2015 before we decided to elect a Labour leader who is driven by addressing inequality on a fundamental, structural and international level. While his leadership represents a unique opportunity to pursue a socialist agenda, it’s also clear that we, as a movement, need to get skilled up and ensure we have the tools at our disposal to shape the narrative of this socialist agenda.

Four years of a resurgent Labour left pushing for democratic reform are only just beginning to take effect in a way that will aid the process of community engagement and rebuilding trust. The first stage of the democracy review brought sweeping democratic reforms to party structures making them easier to navigate, the formation of The World Transformed has opened up political policy discussion to the masses, and this year the party has also made a financial commitment to establish the Labour Community Organising Unit.

It’s now time for us to address the vacuum in the movement of political education around the rise of the far right. With many of Labour’s supporters and members having been inspired to engage with politics recently, thanks to Jeremy’s leadership, there is a significant aspect to our movement that is new and politically youthful. The launch of Labour’s online political education programme is a good start. We’ve also seen trade unions set up London United, an initiative backed by London Labour that aims to tackle far-right narratives from a trade union perspective.

We have the potential to make significant transformative change within our party and society, and we have the information at our disposal to skill-up our movement to organise our communities and challenge far-right narratives. But it starts with members being honest with themselves about Labour’s history and it starts with us coming together to get educated. To that end, Labour Against Racism And Fascism (LARAF) have organised a huge educational summer conference event on Saturday 3rd August. We are welcoming Labour members from across the country to join us for discussions and workshops on the far right.

The hostile environment and the Immigration Bill are just the tip of the iceberg of almost 10 years’ worth of bare-faced racist, anti-immigrant policy from the Tories. This policy climate, coupled with opportunistic exploitation of the EU referendum result, has given the far right confidence to openly campaign and march on the streets in large numbers across the UK. And the far-right narrative didn’t just propagate in physical communities. The past 20 years has also seen the rise of the modern far right “alt-right” movement online – a phenomenon that is often overlooked or wrongly dismissed.

On 3rd August, LARAF will host speakers from across the movement, including: gal-dem, Maya Goodfellow, Marijam Didžgalvytė, Karma Nabulsi, Bell Ribeiro-Addy, Dr Clive Nwonka, Ras Judah, Asad Rehman, David Renton and others. We will discuss wide-ranging topics from Labour’s history, the hostile environment, environmental racism and police brutality to art, culture, the world of memes and how we challenge the modern far-right narrative, both online and on the streets. We will also be leading comrades from the conference along to a demo opposing Tommy Robinson on the day.

The ever-inspiring Ella Baker School of Transformative Organising will also chair workshops throughout the day on “putting class back into intersectionality” and “the real battle of Cable Street”. Best of all, it’s free. Come and join us – let’s get Labour walking the talk.

View all articles by Hasib Baber 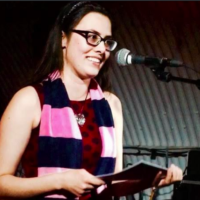 Sam Green is co-secretary of Labour Against Racism and Fascism.

View all articles by Sam Green