We’ve been watching closely as the concept of safe zones around sexual health clinics offering abortions has become national news once again over the last couple of weeks. Labour’s Catherine West, MP for Hornsey and Wood Green, made headlines by rightly calling for the government to bring forward national legislation to protect women in response to protests outside a clinic offering abortion services in her constituency.

If you live or work in an area that has experienced these protests, you will absolutely know about it – and the problem has been getting worse. The Marie Stopes clinic on Mattock Lane in Ealing, West London, is a prime example. For 20 years, women and staff members at that clinic were harassed and intimidated by organisations with no regard for the position, background or feelings of those they approached.

At a council meeting in October 2017, Ealing Labour joined forces with local pro-choice campaigners, Sister Supporter, to investigate the need for a safe zone around the clinic. Residents, council officers and campaigners came together to create the largest ever public consultation in Ealing. What we found was incredibly upsetting.

Staff of the clinic reported being hounded to their cars and written to by anti-choice groups at their homes. Users of the clinic, often blocked from entering, were called “murderers”, told to “change lifestyles” and that they would be “haunted” by their baby. Misleading literature linking abortion to cancer, medically inaccurate foetus dolls and graphic images purporting to be of aborted foetuses were regular sights around the clinic.

In response to the harrowing testimony we heard from patients, staff and residents, Ealing’s Labour council implemented the UK’s first Public Space Protection Order (more commonly known as a “buffer zone” or “safe zone”) outside a sexual health clinic on Mattock Lane. This buffer zone gives police the powers to disperse protesters up to a distance of 300m from the clinic.

The safe zone was enforceable from 23rd April 2018, and staff quickly found that women were no longer coming to their appointments in tears because they hadn’t been harassed by protestors and groups crowding outside.

Despite nearly 90% of local people agreeing that we were doing the right thing, we knew that the decision to implement a safe zone would be met with resistance from anti-choice organisations. Sure enough, protestors mounted a legal challenge to our safe zone, which the council vigorously defended in the Court of Appeal last August. In a victory for the right of women to access reproductive healthcare and abortion, the judge found that the safe zone was entirely proportionate. We don’t know if the same group will try to take their case to the Supreme Court, but they’ve certainly threatened to. Our Labour council is very clear: we’ll continue to fight any attempts to remove this vital protection for women using the Marie Stopes clinic.

We firmly believe that access to reproductive healthcare – and specifically abortion, the target of most protests outside health clinics – is a fundamental right. We’re very proud to be the Labour council that led the way in creating the first Safe Zone in the UK, but it’s not right that women must rely on local councils suffering from almost a decade of Tory cuts to create a patchwork of safe zones around the country.

Women should have access to healthcare without intimidation regardless of where they live, and this problem needs a national solution. It’s time for the government to introduce national legislation to protect women accessing reproductive healthcare all over the country and end this postcode lottery. 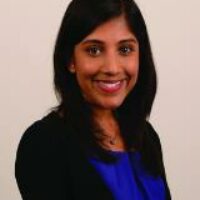 Joanna Camadoo-Rothwell is an Ealing councillor and cabinet member for safer communities and inclusion.

View all articles by Joanna Camadoo-Rothwell 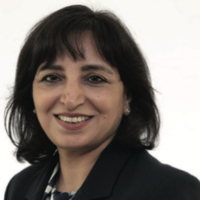 Binda Rai is an Ealing councillor and cabinet member for health and adult services.

View all articles by Binda Rai