In the debate about the future of Momentum, all factions seem to agree that the organisation needs to be reformed to restore its connection to the grassroots and make it ‘fit for purpose’. They point to Momentum’s bureaucratisation and the need to win back the trust of disillusioned rank-and-file activists, turning outwards towards communities and trade unions. But none have so far meaningfully answered the existential questions facing the Labour left after the failure of Corbynism: what exactly is socialism, can we get it through the Labour Party, and what does the Labour left need to do differently to avoid repeating its mistakes?

Corbynism failed as an electoral movement and a party reform movement. But faced with catastrophic climate breakdown and the biggest economic crisis of our lifetimes, we need a militant alternative to Keir Starmer’s ‘credible’ opposition. If we are serious about fundamental change, the left cannot just carry on as before, waiting for our next turn at the party leadership. Our resistance has to be based on a strategy for permanent, revolutionary changes to the balance of power and wealth in society.

The greatest potential of Corbyn’s leadership was not just its policies, which would have done no more than bring state spending up to the level of other European countries. What the ruling class saw as a real threat was the possibility of an independent movement – Momentum – demanding and fighting for a much more fundamental transformation of society. Ultimately, the potential for such a movement was suppressed by a leadership determined to limit it to supporting Corbyn, come what may. The aims behind that were the achievement of “electability”, as defined by the ruling establishment, and avoidance of a split with the Labour right.

Electoral triangulation and strategic dependence on unity with the right forced Corbyn into damaging concessions on free movement and Brexit, which disoriented the left, disillusioned voters, and strengthened his enemies. At every stage, Momentum went along with – and frequently even led – the charge for the movement’s bureaucratisation, because it saw electing a Corbyn-led labour government as its first priority. This has left socialists in Labour bereft of a leadership and unprepared for the generation-defining struggles ahead.

The Corbyn years have taught us that, if we define socialism as the social ownership of an economy under democratic control, then we cannot rely on the slow, peaceful transformation of the Labour Party into a vehicle for socialist struggle. We need to define our political goals and create our own independent organisations to fight for them – with or without the support of party and trade union officials.

That’s why we’re standing in the Momentum national coordinating group elections on the Anticapitalist Platform. We believe that to renew the struggle for socialism, Momentum urgently needs to take the lead in organising local groups to build an anticapitalist resistance. For this, democratic structures will be essential, but they are only the first step.

To win the trust not just of the Labour membership but of wider layers of workers, young people, and oppressed groups, Momentum will need to wage an uncompromising defence of their interests. Each local Momentum group should draw up a plan of action to put themselves at the forefront of the struggles arising out of the coronavirus crisis – and demand the Labour leadership back them.

We should coordinate councils of action and draw up People’s Budgets to restore capacity and accountability in the NHS and local government and protect against an unsafe return to work. In the coming struggle over who pays for the unprecedented level of state spending during the crisis, we need to build a rank-and-file movement in the trade unions to strike and occupy against sackings and closures, and an unemployed and precarious workers’ movement to organise the unorganised. We need to fight for the nationalisations and controls on businesses that can pave the way to a democratically planned economy, which would manage our national and international wealth in the interests of working people.

And we must be clear about our ultimate goal – the overthrow of capitalism as a system and its replacement with socialism. Coronavirus has hardened the borders but, at the same time, made obvious the need to dissolve them. While any one part of the world is affected by the virus, no part is safe. To confront the challenges posed by the breakdown of the neoliberal world order, we need to coordinate our efforts internationally. It’s essential that we work to build structures of common action to unite labour, trade union and social movements around the world and to build an international resistance to the system that oppresses us all. 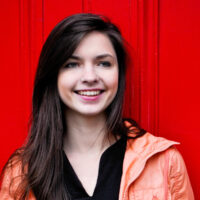 Urte Macikene is an activist in Dulwich and West Norwood CLP.

View all articles by Urte Macikene