The Chancellor’s winter economy plan essentially announced a mass cull of jobs that it deemed “non-viable” while imposing a 23% pay cut on all other jobs that had been protected under the furlough scheme. I’ve been a trade union organiser long enough to know that in any wage announcements the devil is always buried in the detail. As I read the small print of the mass cuts, I recognised that far more could be done to support workers, and the gaping holes in these plans make me feel depressed and angry in equal measure. I listened carefully to the Chancellor’s Tory conference speech and it appears he has not taken any notice of the voices saying the winter economy plan does not go far enough.

Here is my take on the employment support scheme. To access the scheme, employers have to provide at least 33% of an employee’s contracted hours. At this level, the scheme will guarantee 77% of the employee’s wages – so long as they earn under £25,500. But this is only if the employer matches the government’s contribution by paying 22% extra. Essentially, to access the scheme, employers will have to pay over half of the wages of employees who are working a third of their contracted hours. The scheme is intended to protect “viable jobs”, but the conditions set out raise big questions over what the government counts as ‘viable’.

The new job support scheme is far inferior to the job retention scheme, which covered 80% of wages. Simply to access the new scheme employers will be paying 22% more in wages. This penalty gradually reduces the more hours employees work, but there is a dangerous incentive for the employer to pass this cost on to the employee in the form of reduced hourly rates. This could mean tearing up contracts and will probably mean reducing contracted hours, all the more so as the scheme doesn’t kick in until the employee is working 33% of their hours – much easier and cheaper to the employer if they reduce the actual amount of contracted hours. We can’t let that happen.

Employers will either return everyone to work full time, carry a significant burden in trying to return employees to work, or tear up contracts. The sharks are circling, and I read that one law firm was actively encouraging employers to lay people off, just as we have heard with the Cineworld announcement. The company is temporarily closing down 127 cinemas with 5,500 job cuts, and this is precisely why unions need make the case for jobs to be protected under a people’s bailout.

Other likely scenarios resulting from the new scheme might be workers initially having their wages cut by 23%, and then finding their employer trying to cut this further through a reduction in hours or hourly rate. Unscrupulous employers might use the scheme to reduce terms just long enough to benefit from the consequent reduction in the cost of redundancies, before laying off staff.

Then there is the fact that this scheme kicks in at an arbitrary 33% hours worked. This leaves us to question what the scheme does for those workers whose employers can’t find a third of contracted hours, or cover the cost incurred in accessing the scheme at this, its most expensive level? If this scenario prevails, there is a huge threat of mass layoffs as a likely outcome.

This scheme shows a singular lack of imagination over how these unworked hours could have been used to help prepare Britain for new economic realities. A generous interpretation might be that it is an ill-conceived attempt at job retention that perversely incentivises redundancies. A cynical interpretation could be that the wave of subsequent job losses would help hide the true damage of a no-deal Brexit.

It may be a cliché but the phrase ‘too little, too late’ could have been invented for this scheme. Certainly, if trade unions had been consulted much earlier, we could have constructed a scheme that genuinely protected jobs and helped prepare the ground to ease employers through the transition.

The government appears to think that the test of whether a job is viable or not is whether it can survive this scheme. But there are jobs throughout our economy – in leisure and hospitality, transport, the arts, music and many other sectors – that are clearly viable post-Covid and that we might rely on post-Brexit, and yet which come under threat from this scheme. Furlough was an investment in people, and here is a true test of viability. Can we protect a person’s livelihood, their family, their welfare? If the answer is yes, the job support scheme has passed the test.

It has been argued that taxpayers will not endorse the indefinite continuation of furlough, but this money could be used to invest in the employees it retains and prepare them for a post-Brexit Britain. The government already offers free online courses in different levels of skills that it regards as essential to Britain’s transition to a new economy. Using a variation of the structure used in apprenticeships, employers, trade unions and employees could show that this money is an investment in future jobs.

We have our work cut out. As a minimum, we need to swiftly plan to do the following in response to Rishi Sunak’s winter economy plan:

Unions worked well together in the early days of the pandemic. We secured furlough, laid bare the personal protective equipment scandal and the indignity of statutory sick pay, and more recently exposed the disaster that this government is calling a test, trace and track system. Unions, whilst protecting worker safety, need to include a protection of their livelihoods – so a people’s bailout is long overdue.

Let us not forget that we are the custodians of the truth regarding this pandemic. It is our duty to workers and our members to make sure this is known far and wide. No politician should be claiming to speak with authority on the impact of Covid if that authority has not come directly from us. We owe it to all those who have been let down, and to all those who have lost their lives. We need collective working-class leadership because the biggest attack on the lives of working people is upon us. We cannot fail. 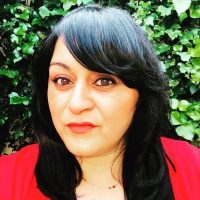