In the Queen’s Speech today, the government laid out its agenda for the year ahead. Despite many promises and slogans, the employment bill was once again absent, with not a single word uttered on new protections for the rights and conditions of our workers.

After a year that saw working people put their lives on the line to keep all of us safe, fed and cared for, this represented a perfect opportunity to reward the workers of this country. The government has once again failed to fulfil its pledge to protect and enhance workers’ rights through an employment bill.

A new deal is needed for Britain’s workers. As the pandemic conclusively demonstrated, statutory sick pay is not fit for purpose. It forces those who are sick to work, placing others at risk because they cannot afford to stay home. In the UK, statutory sick pay is £96.35 a week. At the real living wage, a week’s pay for a full-time worker is £332.50.

New technologies are already changing the world of work and the impacts of AI and automation will impact workers across all sectors. Workers must get “a fair share” of rewards from productivity increases, and their voices must be at the forefront of decision-making.

An employment bill that serves the future will have the right to be consulted about technology change enshrined in law. In a survey conducted by Community in December last year, 40% of workers told us that they were not consulted last time changes to technology in their workplace were made.

Technology has the potential to make the world of work a better place, but it is not a guarantee. We echo calls from Prospect union and from across the union movement for workers to have the right to disconnect. This should be managed flexibly depending on workers’ preferences but should allow time where workers can expect not to have to respond to emails, phone calls or other contact from their employer.

An employment bill that addresses the skills mismatch facing our country would contain the right to retrain and reskill for those at risk of unemployment due to coronavirus, industrial or technological change. Such initiatives should be focused on upskilling workers to better-paid and better-quality jobs rather than moving to worse or poor-quality jobs.

All workers should have the legal right to choose regular hours, giving those on zero-hours contracts more scope to request and get guaranteed hours. The new bill must include a single enforcement body for employment law, which would allow bad practice to be challenged in court without the need for individuals to bring a claim.

The situation in sectors such as the Leicester textiles industry have demonstrated the inadequacies of the current system in enforcing rights and standards. For several years, media reports and the brilliant work of organisations such as Labour Behind the Label have detailed illegal practices in UK-based garment factories that are linked to big brands, and suggest wages are as low as £2-3 per hour.

With workers often feeling unable to speak out the existing issues of workers being paid below the minimum wage, breaches of health and safety practices, and poor enforcement of regulation and labour standards, as well as additional issues with coronavirus such as little or no social distancing and personal protective equipment (PPE) provision will continue.

Warm words of appreciation will not protect working people from poverty wages, exploitation and discrimination. When workers are left without protections, their families and communities are failed too. A new employment bill is needed to protect the future for Britain’s workers. Until the government makes workers’ rights a priority, they’re failing us all. 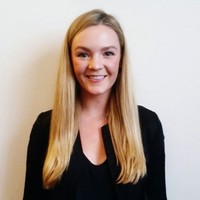