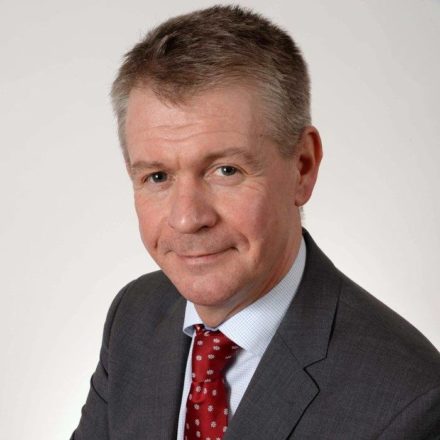 When is an apprenticeship not an apprenticeship? When it’s an excuse for big companies to employ young people at knock-down prices. It is too often the case that government schemes set up to encourage employers to hire, train and retain workers are subverted by firms that see an easy way to pay less than the going rate for staff.

At one point under the last coalition government, one in ten of all UK apprenticeships were at Morrison’s supermarket – and took just six months to complete. They didn’t give people valuable new skills, but put a badge on skills they already had, in jobs they were already doing. That doesn’t help much when you’re looking for a pay rise, a promotion or a better job.

The chancellor announced in his Budget that the apprenticeship scheme is working. But, according to the government’s own figures, more than 10,000 fewer young people started an apprenticeship last year than five years ago. The number of apprentices under the age of 19 fell from 2010 to 2015. Over the same period, access to higher education fell. There are now 400,000 fewer people in higher education than in 2010. Without better apprenticeships and access to education the UK will not be able to adequately equip itself for the technological revolution that is set to transform our economy.

That revolution is already underway, thanks in large part to advances in automation. Visitors to the Jaguar Land Rover car plant at Solihull can see a single machine stamping out the panels for every car bodies, and 200 robots gluing and riveting them together.

Automation is going to transform traditional manufacturing jobs and the blue collar professions. Many jobs and industries that exist now may not exist in a generation’s time. We cannot predict everything about this future. We don’t know exactly when driverless vehicles will outnumber the ones driven by humans. But we know they are coming. In the same way, we don’t know exactly which skills will be most valuable in the future. But we do know there will be a huge demand for highly skilled staff.

In the short-term, the skills shortage will be exacerbated by Brexit, and the subsequent reduction in immigration that Theresa May’s government is committed to implementing. There is an urgent need to improve skills and training throughout the UK economy in order to remain competitive. That is as true for the companies that need to employ highly-skilled staff as it is for Unite members. The skills young people have today are not the same skills they will need later in their working life. Many of them will move jobs numerous times, and may some will have periods of self-employment or running their own businesses.

There is far more Unite could do as a union to help close the skills gap. First, skills should be just as important as terms and conditions in our negotiations with employers. Currently they are an afterthought at best, if they are part of the conversation at all. Instead we should see training as one of the crucial benefits companies provide for their workforce. Just as we defend pensions because they are a benefit received by employees in retirement, we should see training as a benefit employees are entitled to receive throughout their careers.

Secondly, we should move quickly to take advantage of the new apprenticeship levy, which is being introduced from April this year. It will be paid by larger employers – roughly one in 50 – who will effectively pay 0.5 per cent of the value of their wage bill over £3m per year into a pot they can then use to fund apprenticeships. Now, credit where credit is due – I welcome this radical initiative from the Conservative government. Unions have been arguing for years that there should be some form of requirement on companies to fund training. Who would have thought a Conservative government would be the one to introduce it?

As well as increasing the amount of money available for apprenticeships, the fund should help allay fears that companies that do train staff will have their trainees poached by companies which don’t. We need to work with employers to develop and promote training that works for our members. That’s why if I’m elected general secretary of Unite I will introduce Unite-endorsed apprenticeships as a quality mark in a partnership programme with employers.

Finally, we should build on the success of Union Learn, which has been running for more than 20 years and channels training money directly through union representatives.

There are huge merits in employees having access to a union contact to help them with their skills needs. Many people don’t want to come forward to their employer and reveal their training needs. How would you feel about telling your employer that actually you couldn’t read very well?

The union learning representative should be as important as the shop steward. After all, the skills you possess may be just as important to your job and your income. That is my manifesto for change. A Unite kite mark for approved apprenticeship schemes; more status for union reps who are responsible for members learning and training needs and putting training on a par with terms and conditions when we negotiate with employers. No more shelf stacking apprenticeships, exploiting the young and feathering company profits. But real industrial partnerships, bringing real training and proper skilled careers, equipping the next generations with the opportunities in life that a decent society demands.

Gerard Coyne is West Midlands regional secretary of Unite and a candidate for general secretary.

View all articles by Gerard Coyne